Brian Allmer has been in agriculture broadcasting since 2005, and has lived in Northeastern Colorado his entire life. Allmer is dedicated to covering the agriculture issues that those involved in agriculture face today in the United States and in Colorado. Barn Media originated in 2007 and the Colorado Agriculture News Network was added in January of 2012. Allmer also produces and hosts 2 weekend radio programs, a 30 minute program called, “Inside the BARN” and a 60 minute radio program called, “FarmCast Radio”. “Inside the BARN” has been airing since 2007 and he took over as the host of FarmCast Radio in Feb 2018.

“Barn Media & the Colorado Ag News Network’s mission is to provide accurate and factual information pertaining to any ag issue facing producers & agriculture entrepreneurs and then let the listener or webpage visitor make up their own minds based on the facts on the discussions presented to them.” – Brian Allmer

Brian Allmer is a proud member of the NAFB -The National Association of Farm Broadcasters (NAFB Broadcast Member 2006 – Present). Allmer’s lifelong goal is to promote agriculture in a positive way and to shine the light along that journey on the hard-working youth involved in Colorado’s 4H &  FFA organizations.

Allmer currently lives on a working family farm & ranch in Northeastern Colorado, which was recognized in 2016 as a Colorado Centennial Farm, with his lovely wife, Connie.

Allmer was awarded the Honorary State FFA Degree at the 2007 Colorado FFA State Convention in Cortez, and served on the CO FFA Foundation Board of Directors for several years.

Allmer also supports the CO 4-H, and for several years was also a board member of the Colorado 4-H Foundation.

Briggsdale, CO, February 2, 2018– Starting this month…Brian Allmer, host/owner of BARN Media, which includes The BARN, and the Colorado Ag News Network has been named the new host of FarmCast Radio. Too often people hear negative news about agriculture and producers. Much of this information is generated by reporters who have very little experience, especially in rural areas. Agriculture is the 2nd largest industry in the state and affects us all. Every weekend, FarmCast Radio discusses the issues involving agriculture and how they effect consumers.

“FarmCast Radio was born in 2008 from the idea that the agriculture industry is very good at talking to each other, but we needed to work on how we related to the actual consumers of our products.  The radio show has always been a way to try and speak on the consumer level without using all of our insider jargon.  I am proud that over the last 10 years FarmCast Radio has been able to tell the incredible story of agriculture in a way that is relatable to all consumers, whether you live on a farm or in the suburbs. I’m excited that radio veteran Brian Allmer is taking over the show. His passion for agriculture and his established industry contacts will carry FarmCast Radio to the next level of telling that story.” – Jeremy Weathers

FarmCast Radio was conceived and launched originally in 2008 by the Colorado Corn Administrative Committee and continues to support it.

“Jeremy did a great job of managing the program to tell agriculture’s important story.  Both he and Brian have deep roots in Colorado agriculture as well as the ability to understand and translate what are often complex yet important topics.  We look forward to working with Brian to continue the FarmCast outreach.” – Mark Sponsler, CO Corn Executive Director

More about the new host of FarmCast Radio…Brian Allmer has been in agriculture broadcasting since 2005, and has lived in Northeastern Colorado his entire life. Allmer is dedicated to covering the agriculture issues that those involved in agriculture face today in the United States and in Colorado. Barn Media originated in 2007 and the Colorado Agriculture News Network was added in January of 2012.

Allmer is a proud member of the NAFB -The National Association of Farm Broadcasters (NAFB Broadcast Member 2006 – Present). Allmer’s lifelong goal is to promote agriculture in a positive way and to shine the light along that journey on the hard-working young women & men involved in Colorado’s 4H &  FFA organizations. Learn more about Allmer as well as more about the BARN, the Colorado Ag News Network and the Livestream webcasting BARN Media does online @ https://brianallmerradionetwork.wordpress.com/about-the-barn/.

“I am very excited about the opportunity that Colorado Corn & the Colorado Corn Administrative Committee has given me as well as the shows sponsors. I know I have some big shoes to fill…and I hope I measure up. I also wish Jeremy Weathers all the best in his future endeavors and look forward to what’s ahead for FarmCast Radio.” – Brian Allmer

You can listen to The BARN’s Brian Allmer each weekend on FarmCast Radio, for a list of affiliate radio station please visit www.FarmCastRadio.com or listen to any of the ag programs of The BARN & the Colorado Ag News Network by visiting www.BarnMedia.net. If you are a radio station and would like to carry FarmCast Radio or any of the BARN and Colorado Ag News Network agriculture programming, please contact Brian Allmer @ 970-656-3489 or by email at barnmedia@yahoo.com

In 2017, Allmer teamed up with Agfinity, Inc. out of Eaton, CO and become host of their new webinar series called, “Agfinity & Beyond”, a series that was designed to highlight their products and services. That project has since ended. 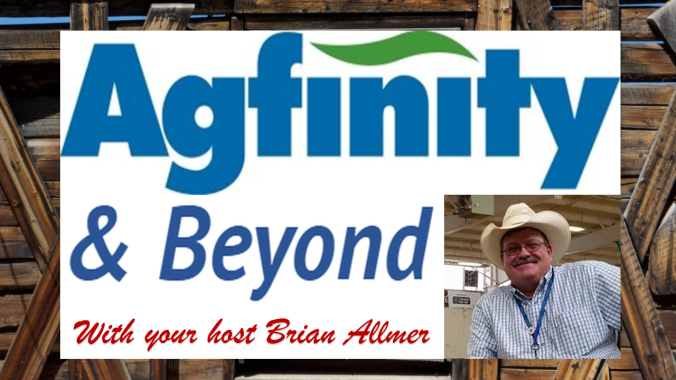 Allmer also utilizes the latest in streaming technology in providing LIVE Audio/Video webcasts on https://new.livestream.com/BarnMedia. WATCH/LISTEN to not only EXCLUSIVE Ag Events like the History Colorado Centennial Farms Awards presentation, the Touchstone Energy Cooperatives Junior Livestock Sales from the CO State Fair, not too mention EXCLUSIVE coverage of the annual Governor’s Forum on Colorado Agriculture, Colorado Fruit & Vegetable Growers Association, Farming Evolution, as well as the CO FFA State Conventions & CO 4-H events as well as other ag events throughout the year. Log on to https://livestream.com/BarnMedia for complete webcast details. 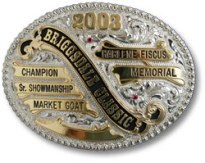 Thursday of each January. Hope to see you there!

And finally…Allmer is also a lifetime member of the American Angus Association.

CONTACT the BARN… If you would like to get in touch with the BARN & Brian Allmer, you can e-mail barnmedia@yahoo.com 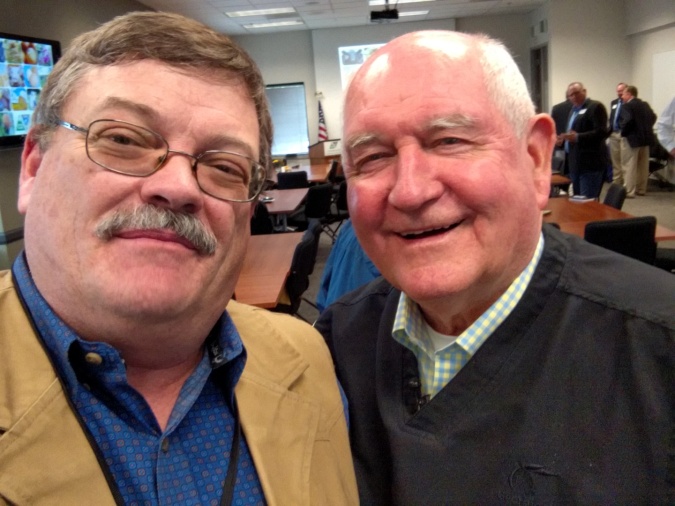 USDA Secretary Sonny Perdue 2017 Back to Our Roots Tour at CDA Headquarters in Broomfirld, CO