DENVER – Today Gov. Polis sent a letter to the Presidents of Albertsons Companies, which owns Safeway, and The Kroger Co., which owns King Soopers and City Market, encouraging new safety protocols for customers and employees. In the letter, the Governor also applauds efforts currently underway.

“I want to thank you, as a business leader in Colorado, for your efforts to date working in partnership with our state, your employees, and your customers to better protect our public health and food security during this extraordinarily challenging period,” the letter reads.

The letter includes proposals for providing the greatest possible protections for workers and customers while minimizing economic disruption.

Across Colorado State University’s campus, most research operations have gone quiet in the wake of COVID-19 pandemic restrictions. But there’s one lab at the Energy Institute’s Powerhouse Energy Campus still working around the clock.

The Rapid Prototyping Lab at Powerhouse has special clearance for a fast-mobilization project launched in direct response to the daily-changing pandemic. Over the last two weeks, CSU engineers and infectious disease researchers have been developing a low-cost sprayable disinfectant that kills SARS-CoV-2 – the virus that causes COVID-19 – and that can be brought to market quickly, thanks to a partnership with Fort Collins design firm Czero.

END_OF_DOCUMENT_TOKEN_TO_BE_REPLACED

(Lenexa, Kan., March 24, 2020) – Today and every day, the U.S. Environmental Protection Agency (EPA) appreciates America’s rich agricultural history and celebrates the work of American farmers and ranchers. In honor of National Agriculture Day and Week, the Agency is highlighting the progress that farmers, ranchers and EPA have made to provide Americans with a safe, abundant and affordable food supply.

“As we all work together to address the challenges that our nation is facing with the novel coronavirus, I want to thank our farmers for their courageous efforts to continue to provide our nation a safe, abundant and affordable food supply,” said EPA Administrator Andrew Wheeler. “Farmers and ranchers are key to our environmental progress and the Trump administration has worked to enhance our relationship with one of our strongest allies in fulfilling our mission to protect human health and the environment.”

“Despite the difficult circumstances we currently find ourselves in, our country’s farmers and ranchers continue to work and provide the food, fuel and fiber we rely on every day” said EPA Region 7 Administrator Jim Gulliford. “EPA Region 7 will continue to support these agricultural professionals and ensure that they have the tools and information they need to be successful producers and environmental stewards.”

END_OF_DOCUMENT_TOKEN_TO_BE_REPLACED

WASHINGTON, D.C., March 24, 2020 – The National Pork Producers Council (NPPC) stands with U.S. agriculture today as we celebrate National Agriculture Day and honor those workers who are essential to the nation’s food supply.

END_OF_DOCUMENT_TOKEN_TO_BE_REPLACED

Denver (March 24): Officials from the Colorado Department of Public Health and Environment (CDPHE) urge Coloradans not to engage in open burning activities during the current COVID-19 response.

The COVID-19 virus poses a particular threat to individuals with a history of heart or respiratory illness. Smoke from open burns could put a strain on already vulnerable populations. “Open burning” is any fire outdoors where smoke is released directly into the open air without first passing through a chimney or smokestack.

“In this challenging time, it’s important that we look out for each other,” said Scott Landes, air quality meteorologist at the Colorado Air Pollution Control Division at CDPHE. “We are strongly urging Coloradans to hold off on open burning while the state responds to the COVID-19 virus. Please be considerate of your neighbors, especially those who are in uniquely vulnerable populations.”

END_OF_DOCUMENT_TOKEN_TO_BE_REPLACED 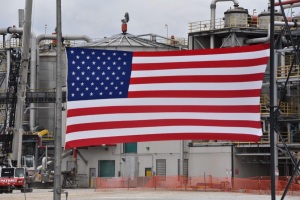 A study released this week on employment in the U.S. energy sector shows that America’s ethanol industry employs a significantly larger share of military veterans than any other segment of the energy industry. Nearly one in five ethanol industry employees is a veteran (19%), compared to a national average of 6% across all sectors of the workforce, according to the 2020 U.S. Energy and Employment Report published by the National Association of State Energy Offices and Energy Futures Initiative.

END_OF_DOCUMENT_TOKEN_TO_BE_REPLACED

USDA and USTR Announce Continued Progress on Implementation of U.S.-China Phase One Agreement

WASHINGTON, March 24, 2020 – The U.S. Department of Agriculture (USDA) and the Office of the U.S. Trade Representative (USTR) today announced continued progress in the implementation of the agriculture-related provisions of the U.S.-China Phase One Economic and Trade Agreement. The Agreement entered into force on February 14, 2020, and the recent actions described below build upon the actions announced by USDA and USTR on February 25 and March 10.

Among the recent actions:

END_OF_DOCUMENT_TOKEN_TO_BE_REPLACED 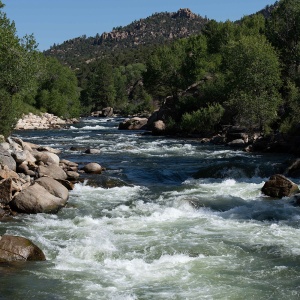 WASHINGTON – Today, the Bureau of Reclamation released its final guidelines to streamline the transfer of eligible Reclamation facilities to local ownership. Title transfer is a voluntary conveyance of federal ownership of water projects or facilities, such as small dams, canals and associated lands, to local water users. Local ownership can leverage more capital funding and reduce federal paperwork requirements and costs while reducing federal liability.

“This Administration’s title transfer process embodies the President’s goals of streamlining bureaucratic processes and making our government more efficient and accountable,” said Secretary of the Interior David Bernhardt. “Title transfers are a win for local communities and a win for the American taxpayer. The Department looks forward to continuing our work with local water users to reduce title transfer costs, stimulate infrastructure investment through local ownership with the bottom-line goal of making this streamlined approach a major success.”

The title transfer streamlining guidelines will complement this Administration’s Categorical Exclusion (CE) process under the National Environmental Policy Act (NEPA). The title transfer CE lists criteria that will determine if simple or uncomplicated facility transfer can be expedited under NEPA. Reclamation, water users and other stakeholders are already working together on pending title transfers across the western states.

END_OF_DOCUMENT_TOKEN_TO_BE_REPLACED 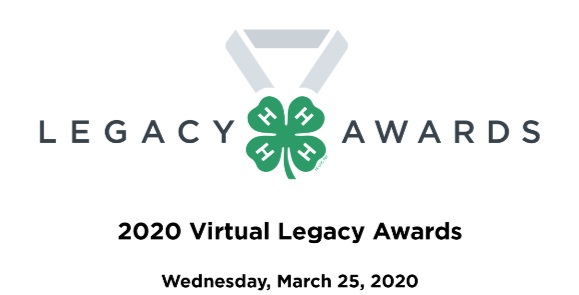 From the comfort of your home or office, watch compelling stories of this year’s Youth in Action award winners, witness the impact of the 4‑H Tech Changemakers partnership with Microsoft, and so much more.

In these challenging times, 4‑H is a resource for you and your family. END_OF_DOCUMENT_TOKEN_TO_BE_REPLACED

“Our farmers, ranchers, foresters, and producers in America are feeding and clothing the world. Now more than ever it’s important that the American people not forget that. Our farmers are resilient, and during these uncertain times they are still working, day in and day out, to produce what’s needed for our growing population,” said Secretary Perdue. “Today, on National Ag Day, I challenge the American public to keep our farmers, ranchers and producers on their minds – for all their work to provide us a safe, healthy and abundant food supply. We owe them a debt of gratitude.” 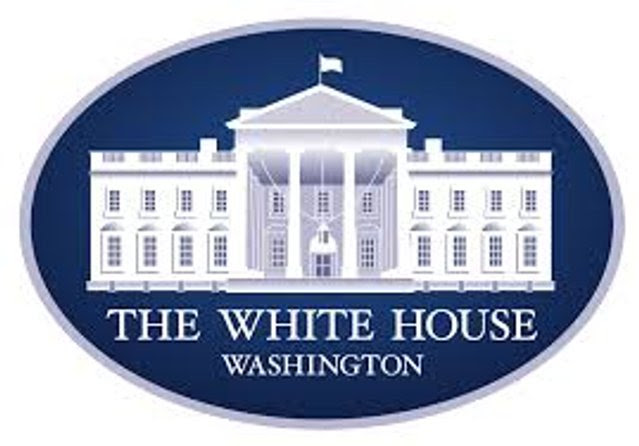 “As our Nation continues to face the unique challenges posed by the coronavirus pandemic, we pay tribute to the unbeatable strength of America’s agricultural producers as they once again answer the call to feed our country and the world.  On this National Agriculture Day, and now more than ever, we salute and honor the men and women who contribute daily to our national prosperity.”

Click here for our formatted PDF version of the press release from the Office of the Press Secretary related to today’s announcement that President Trump has proclaimed tomorrow, March 24, 2020, as National Agriculture Day.

Agriculture Secretary Sonny Perdue says the Department of Agriculture is “actively monitoring all commodity markets and the flow of food.” The comments on Twitter come as a reply to industry requests last week that USDA protects commodity markets from manipulation. Perdue says, “We are paying special attention to the difference in prices from the farm gate to the grocery shelf.” The National Cattlemen’s Beef Association sent a letter to Perdue last week, along with lawmakers, urging relief for cattle producers stemming from COVID-19. The coronavirus sent cattle markets lower, at a time when consumer demand has increased. NCBA states, “This price disturbance has created tremendous uncertainty in the cattle industry, and has come at a time when cattle producers are singularly focused on maintaining adequate supply to meat and food processors.” The organization says, “it is critical that cattle producers are empowered to maintain operational certainty as they work to ensure our nation’s food security during this crisis.”

The Department of Agriculture’s National Agricultural Statistics Service statistical reports remain on schedule amid the COVID-19 pandemic, including the March 26 Hogs and Pigs and March 31 Prospective Plantings reports. NASS reports the agency also continues to collect data for all upcoming reports, asking farmers and ranchers to complete their surveys online, if they don’t already respond that way. To protect the health and safety of producers, partners, and employees, NASS has suspended in-person data collection at least until April 3, 2020. NASS Administrator Hubert Hamer says, “We are making every effort to produce the U.S. crop, livestock, and economic statistics that the nation counts on, but to do that responsibly, we are following guidance to slow the spread of coronavirus.” Ensuring that responses are returned on time means little or no additional outreach is needed. USDA says online response is faster and more convenient for producers. To respond online at agcounts.usda.gov, producers will need their unique 17-digit survey code from the questionnaire or letter received in the mail.

A recent move to expand pork and beef access to China will benefit U.S. producers and exporters, according to the U.S. Meat Export Federation. The Department of Agriculture’s Food Safety and Inspection Service recently updated its Export Library for China to reflect expanded access for U.S. beef and pork. The changes were among the provisions negotiated in the U.S.-China Phase One trade agreement. U.S. Meat Export Federation President and CEO Dan Halstrom says with much broader access for U.S. beef, “the U.S. industry is well-positioned to expand its presence in the largest and fastest-growing beef market in the world.” U.S. pork and beef still face retaliatory duties in China, but a tariff exclusion process implemented by the Chinese government earlier this month is providing some level of relief. USMEF states that while elimination of all retaliatory duties is still the best way for China to level the playing field for U.S. red meat, the exclusion process is expanding opportunities for importers and the U.S. industry.

For the fourth straight week, the national average price of gasoline has fallen, plummeting 12.8 cents over the last week to $2.08 per gallon, according to GasBuddy. The average price of diesel, meanwhile, fell 6.5 cents to $2.66 per gallon. Gas prices have spent virtually all of March marching lower, with the drop continuing as the coronavirus destroys oil demand globally, according to Patrick DeHaan of GasBuddy. DeHaan says, “there’s plenty more room for prices to drop, putting 99 cents per gallon prices as a strong possibility for perhaps many more stations than we previously anticipated.” Crude oil prices have continued to be under heavy selling pressure due to the coronavirus’ effects on global demand for products including gasoline, diesel and jet fuel. Additionally, a meeting March 5 by OPEC and Russia on how to stem the previous decline in oil resulted not in a production cut, but a feud between the two, with Saudi Arabia and Russia both saying they were going to raise oil production.

Dairy Farmers of American and Dean Foods announced the withdrawal of a plan for DFA to purchase Dean assets. DFA remains in the running to purchase Dean assets, but the move allows for a competitive bidding process. In a statement, Dean Foods says, “by avoiding unnecessary litigation regarding procedure and bid protections for DFA, all parties involved, including DFA, will focus on developing competitive and value-maximizing bids.” The Kansas City Business Journal Reports DFA, based in Kansas City, remains in the running to buy the nation’s largest milk processor, but it no longer has an inside track. Dean Foods filed for Chapter 11 bankruptcy in November, and will have its assets sold in a court-administered auction process.  In February, DFA made an offer to buy Dean Foods for $425 million-plus the assumption of various liabilities. Officials with Dean and DFA said Friday that they mutually agreed to withdraw the request that DFA’s bid be considered the baseline.