The Arkansas Valley Conduit received $28 million in federal funding to finish design and begin construction of the long-awaited pipeline.

“We are very grateful and thankful for the work of Senator Gardner and our delegation in securing this funding,” said Bill Long, president of the Southeastern Colorado Water Conservancy District, sponsor of the AVC. “This amount of money is a real milestone in the history of the project.”

“I think this is a wonderful example of bi-partisan support and partnership of federal, state and local officials that is needed to secure a safe drinking water supply, not only for the people of Southeastern Colorado, but for every rural American,” Long said. END_OF_DOCUMENT_TOKEN_TO_BE_REPLACED

Bureau of Land Management (BLM) is taking steps to improve administration of grazing regulations on public lands. The BLM has published a Notice of Intent in the Federal Register to prepare an Environmental Impact Statement considering proposed revisions to the agency’s grazing regulations.

As part of this process, the agency is hosting listening sessions in four states in the West: END_OF_DOCUMENT_TOKEN_TO_BE_REPLACED 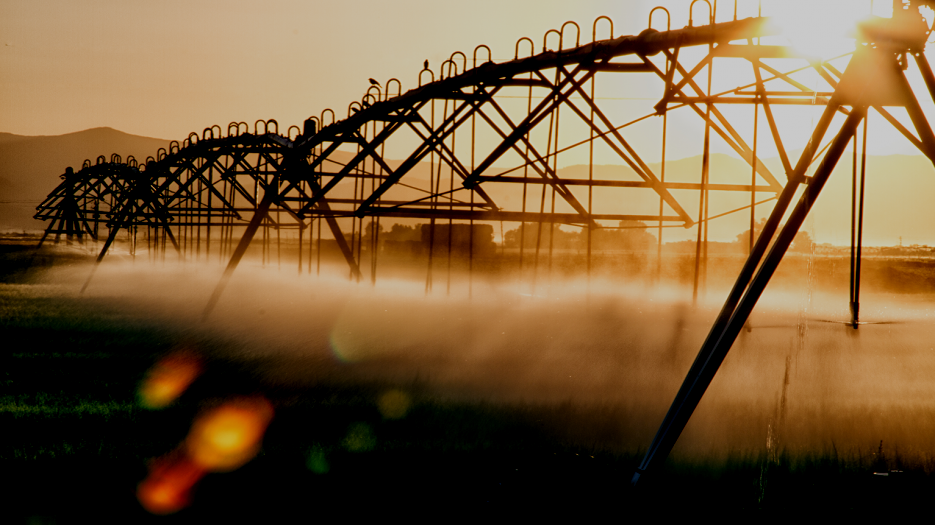 Since NEPA, The National Environmental Policy Act, was signed into law in 1970 it has only been substantially updated once. This administration is in the process of updating it to be more expedient and applicable to modern day challenges. Here in Colorado, we face a growing population and unique environmental challenges. We need new and improved roads and bridges, more water infrastructure and cleaner and more efficient ways to generate and transmit energy. All of this falls under NEPA. END_OF_DOCUMENT_TOKEN_TO_BE_REPLACED 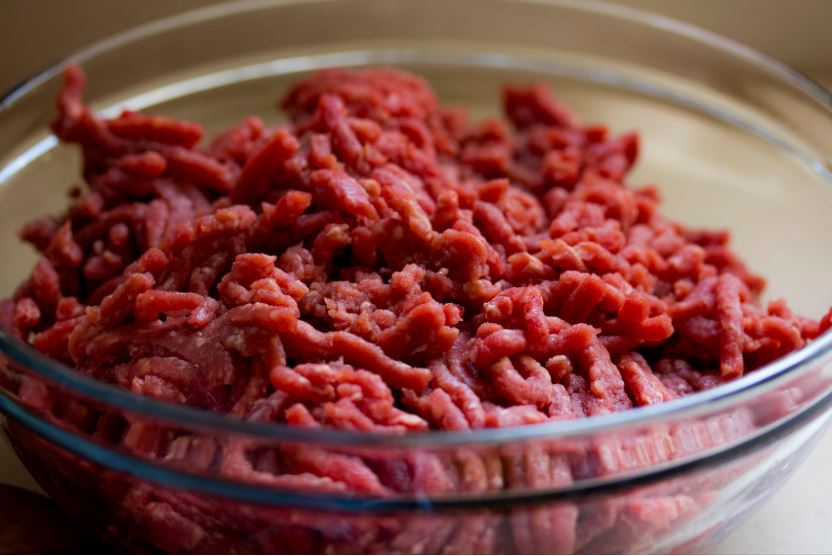 On Thursday, February 6, the House Energy and Environment committee will hear HB20-1117: Misbranding Nonmeat and Imported and Artificial Meat. This bill is similar to others we have seen over the last couple of years concerning mandatory meat labeling. This year, it addresses two kinds of labeling issues: nonmeat products and imported meat products. CFB has consistently been opposed to mandatory country of origin labeling (COOL) as well as additional versions of country of origin labeling that have been introduced to the legislature under other names. Last year, to address the growing concern over new market produced “fake meat” products, CFB supported a resolution encouraging the USDA to promulgate rules regarding lab-grown or “fake meat” products. END_OF_DOCUMENT_TOKEN_TO_BE_REPLACED

ST. LOUIS (Feb. 4, 2020) – A Weld County wheat grower has been recognized for achieving one of the highest 2019 wheat yields in the country. Marc Arnusch, of Prospect Valley, Colorado, has been named a national winner of the National Wheat Foundation’s 2019 National Wheat Yield Contest. The third-generation grower farms with his son, Brett, who helps manage the 2,200 irrigated and dryland acres of Marc Arnusch Farms.

Arnusch won an all-expenses paid trip to San Antonio, Texas, to attend the 2020 Commodity Classic for himself and a guest, courtesy of the National Wheat Foundation and WestBred® wheat. While there, he will have the opportunity to network with other WestBred yield winners from around the country. END_OF_DOCUMENT_TOKEN_TO_BE_REPLACED

Many farm and ranch families struggle with the many questions surrounding the transfer of their property to the next generation. How can I be fair to all the kids? Who will take over running this place? Who will take care of me in my last years, months, and days? What can I do to help my passing be easier on those left behind? END_OF_DOCUMENT_TOKEN_TO_BE_REPLACED

January’s Rural Mainstreet Index from Creighton University climbed to its highest level since June of 2018. It’s the fifth-straight month the reading has been above growth neutral in the survey of bank CEOs in a ten-state region that relies primarily on agriculture and/or energy. The overall index in January came in at 55.9, up from 50.2 in December. It’s the 11th time in the past 12 months that number has been above 50, which is growth neutral. “Only 17 percent of bank CEOs reported their local economy was in an economic downturn,” says Index chief Dr. Ernie Goss. “This is better than a year ago, when almost 23 percent of bank CEOs said their local economy was in a recession, or economic downturn.” Don Reynolds is chair of the Regional Missouri Bank, who says, “Farm incomes for 2019 and projections for 2020 aren’t as bleak as we expected.” The farmland and ranchland price index came in below growth- neutral for the 73rd time in the past 74 months. While December’s index was 52.8, January’s number fell to 45.6. “Two out of three Nebraska bankers say property taxes on farmland are a significant factor in reducing farm profitability,” Goss says.

Farmland Sales Pace Picking Up in 2020

The pace of farmland sales is picking up as the calendar heads further into 2020. Sam Kain, area sales manager for Farmers National Company, says the first six months of last year were as slow as he’s seen the land market in recent memory. “The fall months and winter season saw an increase in the pace of land auctions,” Kain says. “The on-going lower supply of land for sale has helped to support land prices. Good quality cropland remains steady to strong.” Farmers National recently sold a tract of land in Iowa for $13,000 an acre, which was way above expectations. “Lower quality land takes more time and effort to get it sold,” Kain says. “That’s more typical of Wisconsin farms, due to the financial stress of the past few years in dairy. Good quality cropland still sells well in the state, while lower quality land or properties with dairy facilities struggle to sell.” Looking ahead to this year, Farmers National says attention turns to what’s going to have the biggest impact on the farm economy and land market. Producers are optimistic about improvements with China but are now concerned about how soon grain prices might improve given disease outbreaks and world grain trade fluctuations.

A new study in the Journal of the American Medical Association says red meat lovers may want to put down that slice of bacon. A CNN report says a new analysis of long-term data on nearly 30,000 people shows a small but significant risk of death from any cause tied to eating two servings of processed meat or unprocessed red meat each week. People eating two servings a week of processed meat, unprocessed red meat or poultry were all found to have similar risks of cardiovascular disease. Researchers say including poultry in that category may have more to do with frying or consuming the skin. The study says there were no associated risks for eating fish. One serving of processed meat equaled two slices of bacon, two small sausages, or one hot dog. One serving of unprocessed red meat equaled about four ounces of red meat or poultry or three ounces of fish. The new findings come out just months after a separate study that says there is no need for people to reduce their red meat and processed meat consumption for good health. Senior Study Author Norrina Allen says, “Everyone interpreted that it was OK to eat red meat, but I don’t think that’s what the science supports.”

Politico says flooding added a lot of money to federal crop insurance payouts last year during the growing season. The bill is $6.4 billion so far, the costliest payout on record. Most of the money is tied directly to spring and summer flooding in states like North and South Dakota, Minnesota, and Illinois. Meteorologist Steve Bowen, who works for a national insurance company, analyzed USDA data. “Given the record rainfall that occurred and the multiple waves of flooding that affected areas across the Mississippi, Missouri, and Arkansas River basins, the heightened impacts are not terribly surprising,” Bowen says. “Last year was a very tough season for farmers, and there are concerns that already saturated soils across the Plains and Midwest may set the stage for more possible flooding in 2020.” Last year wasn’t the worst in terms of overall economic costs. Taking in the amount of damage to agriculture, infrastructure, and other property, the 1993 floods along the Mississippi and Missouri rivers remain the costliest disaster in modern history, coming in at $38 billion in today’s dollars. Last year’s disaster cost about $20 billion. Last year, USDA economists found that more frequent and intense storms will ratchet up the price of crop insurance between four and 22 percent, depending on the future rates of greenhouse gas emissions.

The signup period for the 26th edition of the United Fresh Produce Industry Leadership Program is now open. The program first began in 1995 and more than 250 produce industry professionals have graduated from the program. “As we celebrate the program’s 25th anniversary, I invite our alumni and all those who have supported their journey to pay it forward,” says Tom Stenzel, President and CEO of the United Fresh Produce Association. “Please encourage the next generation of industry leaders to apply to take part in the class and become the first fellows of the next 25 years.” The United Fresh Produce Industry Leadership Program is the only ongoing, fully paid leadership program for the produce industry. Each year, people are selected to participate in the program which is developed around four fundamental goals: leadership development; business relationships; government and public affairs; and media and public communications. Participants take part in a series of four trips during the year-long program. The trips focus on face-to-face meetings, hands-on training with top industry experts and educators, interactive experiences with leaders in Washington, D.C., and more. The participants will be named at the United Fresh 2020 Convention and Ag Expo, June 16-19, in San Diego.

House Ag Committee Chair Collin Peterson and Ranking Member Michael Conaway were skeptical about the Trump Administration’s implementation of conservation programs during a subcommittee hearing last week. The Ag Committee’s Conservation and Forestry Subcommittee hearing on the implementation of the 2018 Farm Bill conservation provisions got a little testy. Natural Resources Conservation Chief Matthew Lohr says his agency launched the Conservation Assistance Ranking Tool (CART) to help farmers figure out which conservation programs work best for them. “Overall, the improvements through the CART program will enhance customer experience and save 200,000 hours of staff time every year,” Lohr said during testimony. Peterson wasn’t happy, saying that Lohr hadn’t told him about it in a meeting they had, and he believes CART amounts to “more damn crazy regulations as a ‘top-down’ deal.” Conaway told Farm Service Agency Administrator Richard Fordyce that his farmers were “back home scratching their heads” over differences in rental rates for the land-idling Conservation Reserve Program in neighboring counties. “There shouldn’t be marked differences in neighboring counties,” Conaway said to Fordyce.