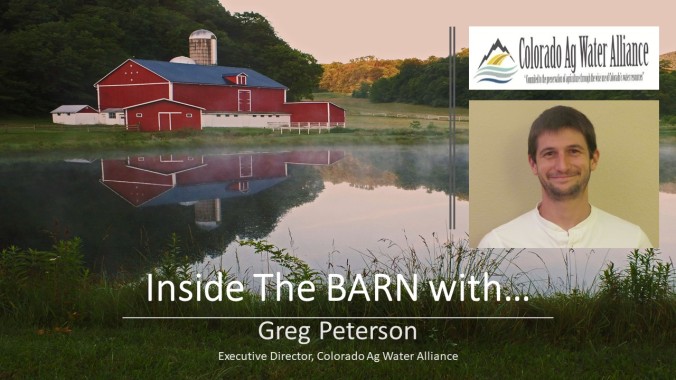 CHECK OUT THE AGENDA BELOW – CLICK HERE TO REGISTER

END_OF_DOCUMENT_TOKEN_TO_BE_REPLACED

WASHINGTON, D.C., November 29, 2019 — The U.S. Department of Agriculture (USDA) today announced changes to crop insurance for sugar beets in 2020. USDA’s Risk Management Agency (RMA) made changes to the policy, which take effect in 2020 for some policies and 2021 for others. These changes better protect sugar beet producers who may experience a bumper crop in future years as well as provide other flexibilities.

“We continually listen to producers and other stakeholders in developing our crop insurance policies, and we make adjustments to these policies when necessary,” said RMA Administrator Martin Barbre. “With these changes, USDA is able to better support sugar beet producers and ensure the early harvest adjustment more accurately matches their current year production.”

BOISE, Idaho (AgPR) November 27, 2019 — The J.R. Simplot Company, a privately held food and agribusiness company headquartered in Boise, Idaho, and Pinnacle Agriculture Holdings, LLC, a leading agricultural retailer, have announced Simplot’s agreement to acquire all of the interests in Pinnacle Agriculture Enterprises, LLC and its subsidiaries. The acquisition will bring together two market leaders in the distribution of agricultural crop inputs and related services. The target acquisition close date is in early 2020.

“We’re thrilled to welcome Pinnacle employees, customers and partners. By combining our geographic footprint and shared commitment to service, we will better serve customers in some of the most important agricultural communities in the world,” said Doug Stone, President of Simplot’s AgriBusiness Group. “We look forward to bringing together these complementary businesses and continuing to create value for our customers.” END_OF_DOCUMENT_TOKEN_TO_BE_REPLACED

Today (Friday) is when historically the Environmental Protection Agency would release it’s final Renewable Fuel Standard proposal. However, thanks to other changes pending in the rule, the EPA said earlier this week that the agency would review comments, and will seek to finish the rule this winter. The comment period for the proposed changes regarding small refinery exemptions closes today (Friday), which effectively puts the final rule on hold until the proposal is finalized. Corn and ethanol groups were busy earlier this week submitting comments to the EPA. Many say the proposal breaks a promise by President Donald Trump to make up for all lost demand created by the exemptions. The industry says more than four billion gallons of demand for biofuels has been lost due to retroactive small refinery exemptions for compliance years 2015 through 2018. National Corn Growers Association President Kevin Ross of Iowa states, “The proposed rule fails to provide the assurance needed that EPA’s practices for granting waivers will change going forward.”

Lawmakers recently met with sugar producers to discuss needed relief efforts after a challenging growing season. North Dakota Senator John Hoeven, a Republican from North Dakota and chairman of the Senate Agriculture Appropriations Committee, along with House Agriculture Committee Chair Collin Peterson, a Minnesota Democrat, met with sugar producers earlier this week. They are working with Department of Agriculture undersecretary Bill Northey to secure disaster assistance funding for sugarbeet growers, while urging USDA to avoid any premature actions, including increasing sugar imports. Sugarbeet growers, who were impacted by severe weather, are facing unique circumstances as they work to recover, including the inability to complete harvest and budgeting constraints faced by the cooperative. The current disaster programs do not account for these constraints, which is why Hoeven and Peterson are working with USDA to secure disaster assistance. Hoeven says producers “have faced real challenges this harvest,” while Peterson says, “we’ll continue having conversations to see what can be done to address the concerns.”

The Senate Health Committee will vote on Stephen Hahn’s nomination to serve as Commissioner of the Food and Drug Administration next week. Tuesday, the committee will consider the nomination, among three others. If approved, the nominations would head for the full Senate for a final confirmation vote. During a hearing by the committee examining the nomination, Hahn briefly voiced his support for “clear, transparent, and understandable labeling” for dairy and dairy imitation products. The comments were welcomed by the National Milk Producers Federation, as NMPF CEO Jim Mulhern stated, “It’s heartening to hear” Hahn would “immediately examine this crucial unfinished business.” NMPF and others are seeking a labeling system that prohibits plant-based dairy imitators from using dairy marketing terms. Rules already do so, but FDA has not enforced them. Committee Chairman Lamar Alexander, a Republican from Tennessee, called Hahn an “impressive choice” to lead the FDA. Ranking member Patty Murray, a Democrat from Washington, demanded Hahn commit to putting science, data and families first.

Deere & Company reports worldwide net sales and revenues increased five percent in both the fourth quarter and full year of 2019 to $9.8 billion and $39.2 billion. Deere reported fourth-quarter net income of $722 million, compared with net income of $785 million, in 2018. Agriculture and Turf sales increased for the quarter and full year of 2019 due to price realization and higher shipment volumes, partially offset by the unfavorable effects of currency translation. However, operating profit decreased for the quarter and year. Deere CEO John May says the performance “reflected continued uncertainties in the agricultural sector,” adding “trade tensions coupled with a year of difficult growing and harvesting conditions have caused many farmers to become cautious about making major investments in new equipment.” Deere’s worldwide sales of agriculture and turf equipment are forecast to decline between five and ten percent for fiscal-year 2020. Industry sales of agricultural equipment in the U.S. and Canada are forecast to be down about five percent, driven by lower demand for large equipment.

Online cheese sales are experiencing major growth. By the end of 2019, data shows that e-commerce sales will surge past $440 million. The 54 percent annual growth in online sales over the past four years signals that shoppers are embracing the convenience and variety available when ordering cheese online. Suzanne Fanning, Senior Vice President at Dairy Farmers of Wisconsin, says, “Consumer research shows that cheese aligns with on-trend food preferences because it is packed with protein and good fat.” With the holidays being the peak shopping season for cheese, it is poised to be one of the hottest gifts this holiday season. The organization is encouraging consumers to buy Wisconsin cheese. A list of holiday gift baskets is available on the organization’s website. The collection includes twelve unique gift baskets that offer a variety of cheeses from top specialty retailers. Get free shipping nationwide on the entire collection from Black Friday to Cyber Monday at WisconsinCheese.com/gift-basket.

Potatoes rank number one among vegetables in terms of consumption, according to Department of Agriculture data. USDA’s Economic Research Service says that in 2017, 49.2 pounds of fresh and processed potatoes per person were available for Americans to eat after adjusting for losses. The loss-adjusted food availability data series takes per capita supplies of food available for human consumption and more closely approximates actual consumption by adjusting for some of the spoilage, plate waste, and other losses in restaurants and grocery stores, as well as at home. Loss-adjusted availability of fresh potatoes was 22.9 pounds per person in 2017, followed by frozen potatoes at 20.5 pounds per person, while canned and dehydrated potatoes, along with potato chips and shoestrings, totaled 5.9 pounds per person in 2017. Tomatoes came in second. While loss-adjusted canned tomato availability, at 16.1 pounds, leads fresh tomatoes, total tomato loss-adjusted availability, fresh and canned, came in second, at 28.7 pounds per person. Onions, lettuce, carrots and sweet corn finish the list of America’s top seven vegetable choices.