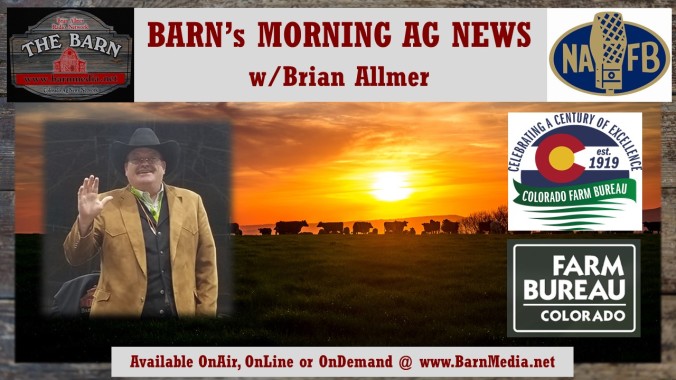 The Trump administration has offered Democrats “significant flexibility” regarding demands for the U.S.-Mexico-Canada Agreement. The counterproposal sent to House of Representative leadership last week addresses concerns raised by Democrats, according to Politico. The proposal from U.S. Trade Representative Robert Lighthizer offers a fix to concerns raised on how disputes between governments are resolved. Additionally, the proposal addresses labor, environmental and pharmaceutical concerns. The counterproposal is increasing optimism the agreement can be finished yet this year. Trump administration officials have said they expect the agreement can be passed by Congress within the next two months, although lawmakers have a full plate to tackle this fall. Farm groups and House Agriculture Committee leaders rallied outside the capitol last week in support of the agreement. This spring, the American Farm Bureau Federation estimated the agreement could increase U.S. agriculture exports by $2.2 billion. USMCA also changes sanitary and phytosanitary standards, biotech rules and other provision. Mexico has already ratified the agreement and Canada is in the process of finalizing the agreement.

Expect volatility in oil markets following the weekend attacks in Saudi Arabia. Jim Bower of Bower Trading says volatility “is going to heighten tremendously” over the next few weeks because of the attack. Bower says the drones had a cost of approximately $15,000 and suggested “oil facilities can and will receive further attacks in the future,” because its “simply too easy to do.” The facility attacked by drones and reportedly cruise missiles over the weekend produces roughly six percent of the world’s oil supply. The U.S. Energy Department has said it is willing to release oil from the strategic oil reserves if needed. Oil prices Monday briefly spiked 19 percent, the biggest spike since the 1990-1991 invasion of Kuwait by Iraq. The attacks also represent the largest disruption of maximum daily supply loss in history. Officials at GasBuddy, a crowdsourced, real-time fuel price reporter, predict prices will increase 10-25 cents per gallon. Additionally, prices could increase higher depending on how long it takes to restore production at the attacked facilities.

A quarterly review of the Farm Credit System shows reported steady earnings and higher capital, but a decline in loan quality, so far, in 2019. The Farm Credit Administration received the report last week that outlines economic issues affecting agriculture, with an update on the financial condition and performance of the Farm Credit System. Although the levels of portfolio credit risk are acceptable, they are rising, and the increase “underscores the significant operating challenges facing System borrowers.” Overall, the System remains financially safe, strongly capitalized, and well-positioned to support agricultural producers, according to the report. Additionally, land values generally have remained stable, supported by the limited supply of farmland for sale. Farm sector real estate debt has been rising for the past several years and is approaching the historical 10-year average. Also, total farm debt relative to income in 2019 is high, but the Market Facilitation Program has slowed its advance. The report says the MFP payments represent considerable support for the U.S. farm sector.

Japan will eliminate tariffs on U.S. wine imports as part of a trade agreement announced between the U.S. and Japan. Reuters says Japan will eliminate the tariffs on U.S. wine within five to seven years after the trade agreement goes into effect. Japan currently taxes wine at 15 percent per liter, and the trade agreement would cut the tariff by roughly 13 percent. Leaders of the two nations are expected to sign the agreement on the sidelines of the U.N. General Assembly meeting later this month. The agreement, welcomed by agriculture, also gradually lowers tariffs on U.S. beef exports to Japan, from 38 percent, to nine percent by 2033. Many of the bilateral agreement provisions match those included in the Trans-Pacific Partnership the U.S. backed out of when President Donald Trump took office. The remaining nations enacted the Comprehensive and Progressive Agreement for Trans-Pacific Partnership. The bilateral agreement with Japan should level the playing field for U.S. agriculture and its competitors, provide increased market opportunity.

President Donald Trump has proclaimed this week as National Farm Safety and Health Week. Trump signed the proclamation Friday, designating the week as September 15 -21, 2019. The theme for this year’s National Farm Safety and Health Week is “Shift Farm Safety into High Gear” as a reminder that it is everyone’s responsibility to prioritize safety on the farm and rural roadway. USDA says this week is an opportunity to spread awareness of the inherent risks associated with work in the agriculture sector and commit to improved practices that advance health and safety. Agriculture Secretary Sonny Perdue says promoting farm safety will “help our American agriculture workforce,” adding “farming is not always the safest profession and it is our responsibility to continue to improve workplace safety. According to the Bureau of Labor Statistics, 581 workers in agriculture and related industries died from a work-related injury in 2017, making agriculture one of the most dangerous professions in the United States.

Efforts throughout society, and virtually every industry, to cut greenhouse gases are underway and agriculture is no exception, according to the National Corn Growers Association. Fortunately, NCGA’s Stewardship and Sustainability Director Rachel Orf says, “we are working in the right direction.” Throughout the Ag supply chain, from conservation groups to the largest retailers, Orf says there is solid agreement that the effort needs to be driven by science, adding “if it doesn’t work for farmer’s it doesn’t work at all.” Orf attended a meeting hosted by Field to Market last week in Washington, D.C. with the objective of better understanding climate change risk facing the ag value chain, including retailers, conservation groups, farmers, agribusiness. The effort began last fall with the goal of exploring collaborative actions that can deliver benefits for farmers, consumers and the planet. While agriculture has become increasingly efficient, relying on fewer inputs to produce more, NCGA’s partnership with Field to Market, is fostering collective action to address the significant challenges ahead in meeting increased global demand in a sustainable manner.