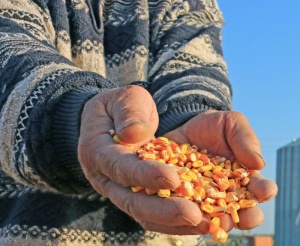 Dec. 14, 2018 – Earlier this week the “Agriculture Improvement Act of 2018” began its final journey to President Trump’s desk. Monday the House and Senate Agriculture committees and Congressional leadership released the conference report for the 2018 Farm Bill. Tuesday, the Senate passed the bill with 87 to 13 votes. Wednesday, the House passed the bill by a vote of 369 to 47 votes. President Trump is expected to sign the bill next week.

The compromise bill brings much needed certainty to producers in Colorado on the heels of what has been a tough year. Colorado Corn Growers Association, applauds Representatives DeGette, Perlmutter, and Tipton for supporting the bill.

“Agriculture is dealing with depressed commodity prices and significant natural disasters that have taken their toll on the bottom line of farming operations across the country,” stated Colorado Corn Growers Association (CCGA) President Dave Eckhardt. “Timely passage will help producers plan for the next five years.”

The following summary of provisions in the bill highlight those of specific interest to grain corn farmers. CCGA Policy Action Team members began working on many of these in 2017 and have spent many miles and hours of their time speaking up for corn farmers in Colorado.

“We strongly advocated for a disaster program in this bill”,” CCGA Policy Chair Dave Cure explained. “We will continue to advocate for a solid disaster program and we believe we will get that accomplished in a reasonable timeframe.”

Base Acres on Unplanted Farms – an FSA farm that was in grassland, pastureland, idled or fallow for 2009 -2017 crop years will have base acres maintained on the farm, but they will not be eligible for ARC or PLC payment. These grassland farms will have an option to enroll into a five-year grassland conservation program that will pay $18/acre.
**Note: CCGA was in favor of planted acres and pressed for that change, instead of base acres.
Yield Update – owners of a farm will have a one-time opportunity to update PLC yields on their farms using 2013 – 2017 crop year yield data – average yield of the years the crop was planted 2013 – 2017 x 90% x Yield Ratio Factor (90% for corn) = new PLC yield. This decision is crop by crop and made by land owners. Supported by CCGA.
Election of Commodity Program – election of PLC, ARC-CO or ARC-IC is made in 2019 for 2019 and 2020 and then annual elections in 2021, 2022 and 2023. PLC and ARC-CO are crop by crop elections; ARC-IC is a farm election.
Price Loss Coverage – reference rates remain at 2014 levels with an opportunity for increase over time by not more than 115% (“price loss escalator”: If the 5-year Olympic average price X 85% exceeds the reference price the effective reference price will be that price. For corn, the 5-year Olympic price would need to exceed $4.37/bu to have a one-penny increase in the $3.70/bu reference price for corn.
Agriculture Risk Coverage – County Program
Physical location of land will determine ARC payment rates. Opposed by CCGA.
RMA yield data will be used as the primary source of county crop yields instead of NASS data. Supported by CCGA.
Plug yield set at 80% for disaster years up from 70%. Supported by CCGA.
Trend-adjusted Yield factor will be used to establish revenue guarantees and yields.
Floor price will be the effective PLC price – $3.70 for corn or higher if reference price calculation applies similar.
ARC-IC program option is maintained. Supported by CCGA.
AGI remains at $900,000; expansion of eligible family members for commodity program payments. Supported by CCGA for payment limitations to stay as they were in the 2014 Farm Bill.
Marketing Loan rates increased – corn from $1.95 to $2.20; soybeans for $5.00 to $6.20.
Pilot program for counties of over 896,000 acres and 190,000 acres of base – FSA can split a county into two to establish separate revenue guarantees. Supported by CCGA, but advocated for counties to be split into thirds in order for the sizes to be similar to other counties in the country.

MAP and FMD funding are combined into an umbrella program, the Agriculture Trade and Facilitation Program. It will provide $255 million per year to fund FMD, MAP, emerging markets and TASC. Funding for FMD each year is set at no less than $34.5 million. (NCGA advocated strongly for additional funding and continuation of FMD). Supported by CCGA.
The Senate’s provision for a new Priority Trust Fund is established to provided $3.5 million per year to be used at USDA’s discretion “with the priority going to those programs where the requests are greater than the funds available.” Any unallocated funds for FMD, MAP, Emerging Markets, and TASC will be deposited in the new trust fund.  Another Senate bill provision to permit FMD funds to be used for Cuba is also in the conference agreement.