“We are pleased by the successful conclusion of negotiations among the U.S., Mexico and Canada on a modernized trilateral trade agreement,” said Witte. “As we look forward to reviewing the full details of this agreement in the coming days, we applaud the important win this deal represents for American farmers, ranchers, and agribusinesses, and provides important momentum for future trade agreements.” END_OF_DOCUMENT_TOKEN_TO_BE_REPLACED

Are you an at-home cheese maker looking to advance your skills? Curious about how to make different types of cheese? Come to Weld County Extension’s Cheese Making 102 workshop on Saturday, October 27th.  The class will be held at The Weld County Extension Office, Island Grove Regional Park, Exhibition Building (2nd Floor) in Greeley from 8:00a.m. until noon. You’ll learn about advanced cheese making methods such as aging, cheese cultures and surface treatments. The class will include a hands-on component where you’ll learn how to stretch and knot mozzarella. There will also as a guided tasting of local cheeses! END_OF_DOCUMENT_TOKEN_TO_BE_REPLACED

Washington D.C. (October 2, 2018) – The National Wheat Foundation officially began accepting applications for the Jerry Minore Scholarship, honoring a student pursuing a career in agriculture. The scholarship is available to both high school and college students for the 2019-2020 academic year with an application deadline of December 01, 2018.

“The purpose of the Jerry Minore Scholarship is to help students who are passionate about agriculture at school and at home,” said Wayne Hurst, Chairman of the National Wheat Foundation. “Our students are the future. They will go on to educate the next generation about wheat, agriculture, and their role in society.”

The late Jerry Minore was a BASF Senior Market Manager and a liaison to the wheat industry. Since his unexpected death in 2012, BASF has partnered with the National Wheat Foundation to fund scholarships and honor his advocacy efforts for wheat growers. END_OF_DOCUMENT_TOKEN_TO_BE_REPLACED

DENVER – Passion and hard work are common denominators on many cattle farms and ranches. Producers who rise above the rest are dedicated to pushing boundaries and managing their cattle and resources towards positive returns in any market environment. The Red Angus Association of America honored these superior producers at its 65th annual awards banquet in Watertown, South Dakota, on Sept. 14, 2018.

END_OF_DOCUMENT_TOKEN_TO_BE_REPLACED

NFU Hails Cooperatives and the Empowerment They Bring to Family Farmers, Rural America

WASHINGTON – National Farmers Union (NFU) today joined the cooperative community in kicking off National Cooperative Month. NFU President Roger Johnson hailed the nation’s many and varied cooperatives, highlighting the political and economic might that they have brought to family farmers, ranchers and rural America for more than a century.
100118-Cooperative-Month
END_OF_DOCUMENT_TOKEN_TO_BE_REPLACED 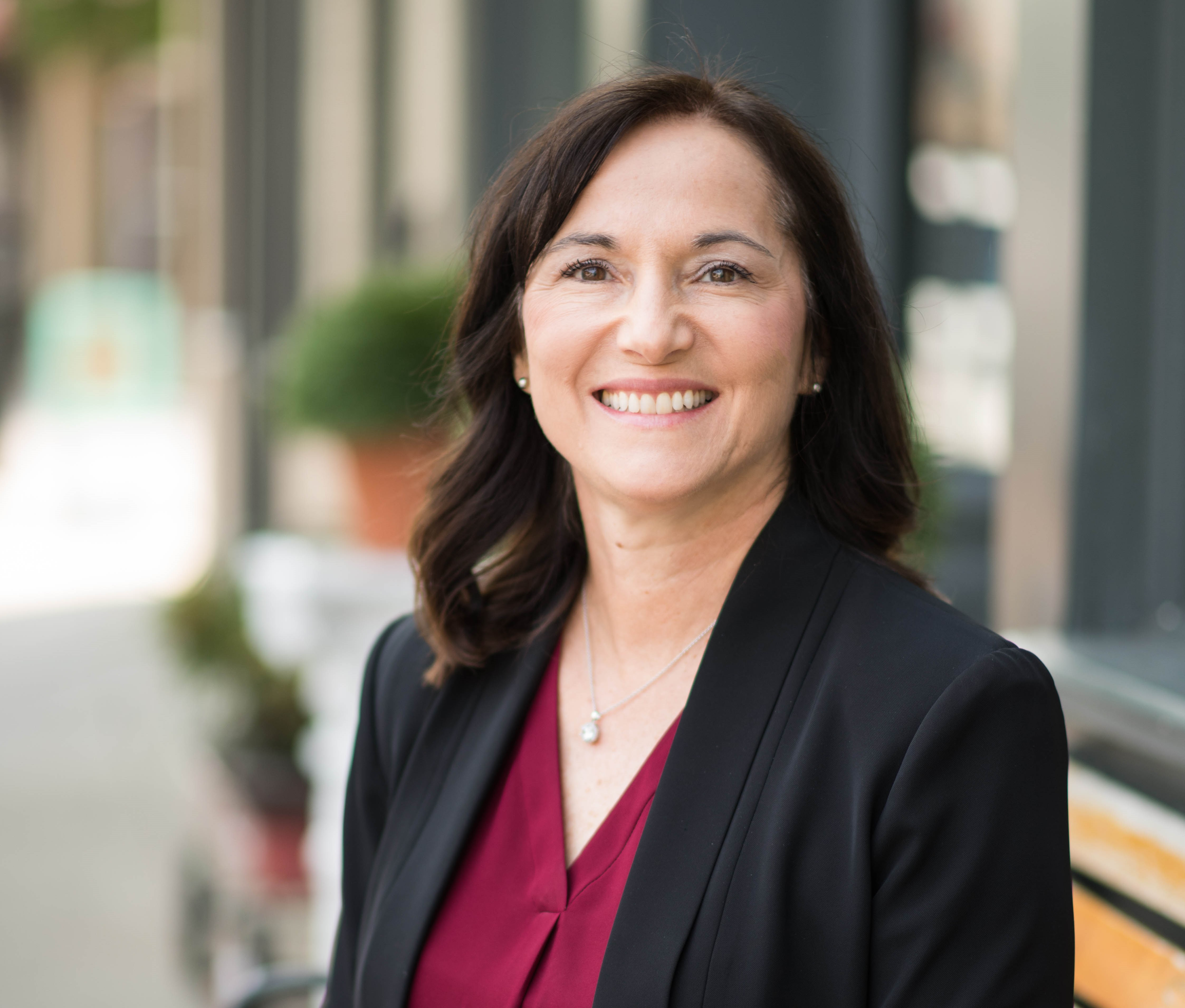 Carla recently joined Potatoes USA as the new Administrative Operations Assistant. Carla comes to the Board with a background in providing administrative support, human resources, safety training and food audits in the fresh pack potato and produce industries, while working for a subsidiary of R.D. Offutt as well as Garden Fresh Tomatoes. Carla is excited to use her skills to help the Administrative team and is looking forward to learning and taking on various new roles. One of the main roles Carla will be responsible for will be the Board nominations, which she is looking forward to taking on and building relationships with the industry during this process.

Carla has recently relocated to Denver from North Dakota. During her spare time, she enjoys spending time with her family, entertaining, playing tennis, reading and oil painting. END_OF_DOCUMENT_TOKEN_TO_BE_REPLACED

DENVER, CO – October 2, 2018 – Pork industry leaders from the National Pork Board’s International Marketing Committee, accompanied by staff members of the U.S. Meat Export Federation (USMEF), just returned from a series of industry visits in Singapore, Vietnam, Hong Kong and Macau. Committee member Randy Spronk, a pig farmer from Edgerton, Minnesota, who also chairs the USMEF Pork and Allied Industries Committee, discusses the objectives of the mission in the attached audio report. Spronk specifically reports on meetings with prospective buyers in Singapore and Vietnam, where the U.S. delegation emphasized the quality, consistency and reliability of U.S. pork.

Submitted to The BARN by: END_OF_DOCUMENT_TOKEN_TO_BE_REPLACED

“We buy predominately Angus-based cattle from the northwestern United State and some ranches we have purchased from going on close to 35 years,” he says.

The updated North American Free Trade Agreement has many procedural hurdles to pass before farmers and ranchers can see any benefits. President Trump called the agreement a “promise kept” regarding his trade agenda, as NAFTA will become the U.S.-Mexico-Canada Free Trade Agreement, or USMCA. The late-night announcement Sunday allows the Trump administration to beat a self-set deadline. The administration must allow for a statutory 60-day notification period before sending a deal to Congress. Given the way the timeline works under Trade Promotion Authority, the administration set a deadline at the end of September to complete the talks to allow Mexico’s outgoing President to sign the pact, before a new administration takes over. However, Politico reports that if the U.S. House of Representatives switches leadership to Democrats, the chamber may be inclined to vote against the Trump win in 2019, when the agreement will likely be before Congress. House Minority Leader Nancy Pelosi said House Democrats would “closely scrutinize the text” of the NAFTA proposal.

Long-thought as the sticking point in the North American Free Trade Agreement talks with Canada, the U.S. will see improved dairy trade following a last-minute deal struck on the trade pact. With Canada agreeing to the new NAFTA, or U.S.-Mexico-Canada Free Trade Agreement, Canada also offered concession to U.S. dairy. Business Insider reports Canada will allow American farmers more access to its dairy market, raising quotas on the amount of U.S. dairy that can come into the country and eliminating a pricing system for Class 7 that made it more difficult for U.S. farmers to enter the market. Many believe the change in dairy policy by Canada was part of a deal to save the Chapter 19 dispute mechanism sought by Canada. Trump targeted the dairy issue before he officially announced the intention to renegotiate NAFTA. The access level is reportedly identical to what Canada agreed to give up as part of the Trans-Pacific Partnership that Trump withdrew the U.S. from early in his presidency.

U.S. farm organization praised the announcement that Canada has agreed to new NAFTA terms, to be known as the U.S.-Mexico-Canada Free Trade Agreement, or USMCA. National Pork Producers Council President Jim Heimerl, said the agreement, along with a new trade agreement with South Korea “represent welcome momentum during what has been a challenging year.” The U.S. Grains Council said in a statement it was “pleased” with news of the agreement, saying “No trade agreement has had more impact on our sector than NAFTA.” The American Soybean Association says the new deal will help “stabilize the U.S.’s two neighboring export markets for growers.” Meanwhile, Ag lawmakers, including Senate Agriculture Committee Chair Pat Roberts, commended the administration for delivering an agreement. Roberts offered similar comments as ASA, saying the agreement “will provide our farmers and ranchers with much-needed export market certainty and will strengthen the relationship with two of our most important trading partners.”

While Monday was a good day for trade, it also marked the first day without a farm bill. Lawmakers failed to gain a consensus in the farm bill conference committee before the September 30th deadline as the previous farm bill expired. House Agriculture Committee Chairman Mike Conaway says he is willing to stay in negotiations this month, even though the U.S. House has left for a pre-election recess. Ag lawmakers and Department of Agriculture officials warn of little harm, for now, without a farm bill. The hope is to pass a bill following the November elections. Conaway seems eager to wrap up as much work as possible, saying last week “producers don’t need the additional anxiety or uncertainty” of not having a five-year farm bill. Food Business Network reports that with the expiration of the 2014 farm bill, 39 “orphan” programs lost both authorization and funding. These programs include certain conservation programs and most bioenergy, rural development and agricultural research programs. Meanwhile, also last week, Senate Agriculture Committee Chairman Pat Roberts said arrangements were being made to ensure USDA operations are not left behind.

The trade war between China and the United States continues to spill over into a Midwest-based newspaper. Following a four-page paid editorial from China, a U.S. official offered up an editorial in the Des Moines Register blasting China’s propaganda aimed at Iowa farmers. Terry Branstad, former Iowa Governor and U.S. ambassador to China, wrote in the editorial that “it is simply unsustainable for the world’s second-largest economy to ignore or dismiss fundamental precepts of free and fair trade.” He says China has been waging unfair trade against the U.S. for years by using massive subsidies to exploit markets, and creating high-tariffs to keep U.S. products out. Branstad further says that “the entire world benefits from free trade, “adding that “the best way to increase prosperity for both the United States and China is for trade to be fair, reciprocal and balanced.” His editorial aimed the content paid for by China outlining the harm the Trump administration is placing on U.S. farmers through the trade war.

The American Farm Bureau Federation is seeking the nation’s top farm dog. A new contest is asking farmers to submit their applications for the Farm Bureau Farm Dog of the Year contest. A partnership between AFBF and Nestle Purina PetCare, the contest “celebrates farm dogs who work alongside their people to bring nutritious food to our tables and our pets’ bowls.” The grand prize winner – Farm Bureau Farm Dog of the Year – will win a year’s worth of Purina dry dog food and $5,000 in prize money for the farm family to offset travel costs to attend the AFBF Annual Convention in New Orleans next year. Up to four runners-up will win $1,000 each in prize money. AFBF President Zippy Duvall says “Farm dogs play an important role on our farms and ranches,” adding “We’re excited for this special opportunity to honor these loyal members of our farm families.” Farm dog owners must be Farm Bureau members to enter their dogs in the competition and must submit applications by October 12th online at www.fb.org.