WASHINGTON – National Farmers Union (NFU) proudly recognized 26 outstanding U.S. Senators and Representatives who have demonstrated leadership and support at the federal policymaking level for family farmers, ranchers and their rural communities. The Golden Triangle Award, the family farm organization’s highest legislative honor, was presented to each recipient at an awards reception tonight, during NFU’s Fall Legislative Fly-In.
“The Golden Triangle Award recognizes farm and food champions in Congress that display outstanding leadership on the issues that are important to both our industry and our organization. We’re appreciative of their insight and devotion to securing the nation’s food supply for the good of both American family farmers and consumers,” said NFU President Roger Johnson.
The Golden Triangle, first presented in 1988, symbolizes the core principles of the Farmers Union organization: education, cooperation, and legislation. This year’s Golden Triangle honorees were selected for their leadership and dedication to improving the livelihoods of family farmers and ranchers. The 2018 recipients of the Golden Triangle Award are:

END_OF_DOCUMENT_TOKEN_TO_BE_REPLACED

Learn more about Carinata as a Biofuel Crop with Agrisoma Founder, CEO and President Steve Fabijanski…

BRIGGSDALE, CO – September 13, 2018 – Have you ever heard of Carinata? Did you know there is a growing global demand for sustainably sourced, renewable biofuels? And did you also know that there is a non-food crop designed for producing low GHG fuels called Carinata? Over the last 5 years, Agrisoma has established commercial production programs for Carinata in North and South America and are rapidly expanding globally to meet the demand for low GHG fuels.

Joining the Colorado Ag News Network and FarmCast Radio here inside The BARN is Steve Fabijanski, Founder, CEO and President of Agrisoma and we’ll be taking a closer look at Carinata and its potential use as a cash crop for ag producers here in the West and in Colorado specifically…

The biojet fuel made from Carinata and refined by World Energy’s AltAir Fuels, replaces 30 percent of the petroleum jet fuel needed for the flight. Fuels made from Carinata, a non-food, mustard-like oilseed, lead the aviation industry in greenhouse gas (GHG) reduction.

“This flight is another milestone for the aviation industry’s move toward low-carbon fuels,” said Steve Fabijanski, founder, CEO and president of Agrisoma. “At 11 hours, it is the longest transatlantic biojet flight undertaken to date, and, with the fuel-efficient Boeing 787, represents the lowest carbon footprint commercial flight across the Atlantic. It is our second international biojet flight powered by Carinata, but there are more to come.” END_OF_DOCUMENT_TOKEN_TO_BE_REPLACED

“We commend the leadership for holding this hearing and we were glad to hear the Administration witnesses acknowledge there is legitimate anxiety in farm country about the impact of retaliatory tariffs on our products,” said Jimmie Musick, NAWG President and a wheat grower from Sentinel, Okla. “We see opportunity for our members from the strong resistance to China’s unfair trade policies. We also recognize the risk to farm income continues to grow the longer this confrontation with China continues and we call on the Administration to do all it can to resolve the dispute as quickly as possible. Finally, we’re grateful to Ambassador Doud for making the grain grading disparity with Canada a top priority in NAFTA.”

“In our successful partnership with USDA’s Foreign Agricultural Service, state wheat commissions and U.S. Wheat Associates have worked for many decades to develop markets in China, Mexico, Japan, Europe and dozens of other countries,” said Chris Kolstad, USW Chairman and a wheat grower from Ledger, Mont. “Wheat growers depend on export markets to support wheat prices and we want the Administration to succeed in breaking down trade barriers. We’re also glad that Ambassador Doud and Under Secretary McKinney both noted the importance of negotiating new agreements that work for our farm families and for our overseas customers.” END_OF_DOCUMENT_TOKEN_TO_BE_REPLACED

Washington, D.C. (September 13, 2018) – The National Association of Wheat Growers wrapped up its annual policy fly-in today. NAWG Officers and wheat farmers from its 21 states across the country arrived on Tuesday to talk with Congressional Members and USDA representatives on NAWG’s priorities for the Farm Bill conference process as well as trade.

“With the Farm Bill reauthorization deadline of September 30th quickly approaching, it was critical to have NAWG growers in Washington, D.C.  to make clear our positions on the Farm Bill and trade with the committee members, their staff, and the Administration,” said Jimmie Musick, NAWG President and Sentinel, OK wheat grower. “In addition to our meetings on the Hill, NAWG and its members had the opportunity to meet with key USDA staff from the Farm Service Agency (FSA), Risk Management Agency (RMA), and the Natural Resources Conservation Service (NRCS).”  END_OF_DOCUMENT_TOKEN_TO_BE_REPLACED

BROOMFIELD, Colo. – A referendum to establish a millet marketing order funded by an assessment on every bushel of millet sold in Colorado failed. A total of 308 votes were received, with 164 “no” votes and 144 “yes” votes.

END_OF_DOCUMENT_TOKEN_TO_BE_REPLACED

“We have pledged to be transparent about this process and how our economists arrived at the numbers they did,” Perdue said.  “Our farmers and ranchers work hard to feed the United States and the world, and they need to know that USDA was thorough, methodical, and as accurate as possible in making these estimates.  It was a large and important task, and I thank Chief Economist Robert Johansson and his staff for their hard work.” END_OF_DOCUMENT_TOKEN_TO_BE_REPLACED

The Pro 15 Fall Conference Awards Dinner is on Thursday, October 18, 2018 and will recognize the following award categories…

Alumni of the Plains Honorees:  END_OF_DOCUMENT_TOKEN_TO_BE_REPLACED 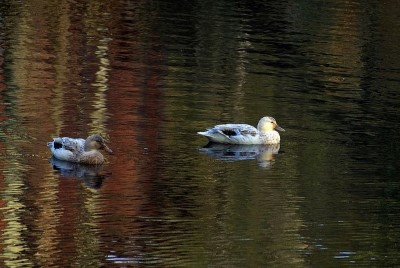 Join us on Wednesday, September 19 at noon for a Colorado Water Stewardship Project Webinar in anticipation of the November 2018 ballot. Our panelists will review Amendment 71 and the Stream Access Litigation case, and discuss Proposition 112 (Initiative 97), Setback Requirement for Oil and Gas Development, and Amendment 74 (Initiative 108), Just Compensation for Reduction in Fair Market Value by Government Law or Regulation.

State agriculture officials say the Trump administration needs to aggressively seek market access across the globe, while expressing concerns with the administration’s trade agenda. The National Association of State Departments of Agriculture passed two resolutions this week during its annual meeting that leadership says reaffirms the critical importance of international trade to the organization. The group of state agriculture officials says NASDA remains concerned with the use of unilateral action against trading partners to correct trade disputes. The organization also says a fully-seated, functioning appellate body at the World Trade Organization will not only allow the U.S. to work with like-minded countries to hold China accountable for its trade-distorting practices, it will also “enable the administration to remedy trade disputes with  other countries who may discriminate against American farmers and ranchers.” The organization is comprised of leadership from state agriculture departments.

The Latest World Agriculture Supply and Demand report predicts the second-largest corn crop for the United States this year and a record soybean crop. Corn production is forecast at 14.82 billion bushels, up 241 million from last month on an increased yield forecast. The outlook predicts larger production, increased domestic use, greater exports, and higher ending stocks. The season-average corn price received by producers is projected ten cents lower with a midpoint of $3.50 per bushel. Meanwhile, U.S. Soybean production is projected at a record 4.6 billion bushels, up 107 million on a record yield forecast of 52.8 bushels per acre. The season-average soybean price is forecast at $7.35 to $9.85 per bushel, down $0.30 at the midpoint. Finally, the wheat supply and demand estimates are unchanged from last month, and the season average farm price range is unchanged at the midpoint of $5.10 per bushel and the range is narrowed $0.20 per bushel to $4.70 to $5.50.

All major U.S. animal protein sources experienced growth in exports in the first half of 2018 compared to the same period in 2017. The Department of Agriculture’s Economic Research Service said this week that trade data for the first half of the year indicate year-over-year growth for U.S. exports of all major meats as well as dairy and eggs. Dairy exports led the way, increasing by nearly 20 percent, likely due to competitive prices. Lamb and mutton exports increased by 16 percent, albeit from a much smaller base than other meats. Strong global demand, particularly from Asian markets, pushed beef and veal exports up 15 percent. First-half 2018 pork exports, more than six percent above a year ago, were driven higher mainly by larger shipments to Mexico, South Korea, Central and South America, and the Caribbean. On the poultry side, turkey meat exports grew at levels on par with pork, while broiler meat and egg exports grew by only two and one percent, respectively.

New research estimates the U.S. ethanol industry could lose 4.6 billion gallons of domestic demand and $20 billion in sales from the administration’s approach to the Renewable Fuel Standard. Economists at the University of Missouri estimated the losses over the next six years, if the Environmental Protection Agency continues exempting dozens of small refiners from their blending obligations under the RFS. The research estimates U.S. ethanol consumption will drop by an average of 761 million gallons per year between 2018 and 2023, or a total of 4.6 billion gallons over the six-year period. That is equivalent to 1.64 billion bushels of corn demand, or nearly 300 million bushels per year. The Renewable Fuels Association said the analysis demonstrates the need for EPA to reallocate small refiner exemptions to larger refiners to ensure statutory RFS volumes are maintained. RFA Chief Economist Scott Richman says the research: “Clearly shows that demand destruction from small refiner exemptions is real and has substantial economic consequences.”

Farm groups penned a letter to President Trump Wednesday urging the administration to allow E15 sales year-round. The groups also expressed concern that any benefit from year-round E15 sales and proper implementation of the Renewable Fuel Standard could be nullified if refiners are given further regulatory bailouts that undercut the spirit and intent of the law. The letter follows comments made by Agriculture Secretary Sonny Perdue last month at the Farm Progress Show that an announcement on the RFS and E15 would be coming soon. The letter also notes that ethanol prices, RIN credit prices, and ethanol profit margins are falling, as small refiner exemptions issued by EPA have reduced ethanol demand and inflated stocks. The letter was signed by the American Farm Bureau Federation, National Corn Growers Association, National Farmers Union, National Sorghum Producers, American Coalition for Ethanol, Growth Energy, and the Renewable Fuels Association.

Farmers and ranchers purchased more combines and tractors last month according to the latest data from the Association of Equipment Manufacturers. The latest monthly report shows tractor sales were up 14 percent in August, compared to the same period last year, and combine sales were up 23 percent for the month. Two-wheel- drive tractors under 40 horsepower sales increased 19 percent compared with August of last year, and large four-wheel-drive tractor sales were up 17 percent. So far this year, for the eight months in 2018, a total of 164,500 tractors were sold which compares to 152,000 sold through August 2017 representing an eight percent increase for the year. Meanwhile, sales of combines for the year total just more than 3,000 compared to 2,400 in 2017, a 24 percent increase.