The National Corn Growers Association, through the assistance of funds provided by sponsor FMC Corporation, awarded four seed grants to encourage innovative programs in state organizations this week. These grants, which are an offshoot of the association’s Reaching for Excellence award are provided to state corn associations who implement or enhance a program that was nominated for the award.
The state corn grower organizations of Missouri, Colorado, Wisconsin, and Texas have been awarded Reaching for Excellence seed grants to fund innovative programs in 2019. Highlights of the winning programs are:
Over the decades, state associations representing corn farmers have developed innovative solutions to address a variety of challenges. NCGA created the Reaching for Excellence Award to recognize these achievements.

END_OF_DOCUMENT_TOKEN_TO_BE_REPLACED

Join us on a tour of the Little Thompson Watershed as we discuss water quality, agriuclture and how farmers and ranchers are working to be good stewards of Colorado’s water resources. This full-day bus tour includes coffee and snacks in the morning and lunch. Scholariships are available. Please email coagwater@gmail.com for information. $35/person fee – REGISTER NOW END_OF_DOCUMENT_TOKEN_TO_BE_REPLACED 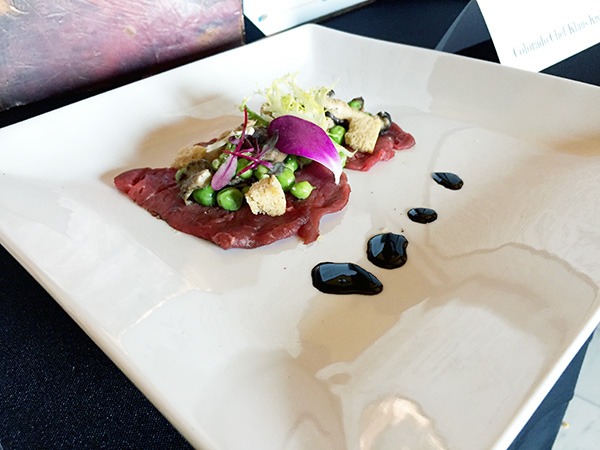 The Department of Agricultural and Resource Economics at Colorado State University has several classes in which students work directly with food and agricultural businesses to provide in-depth analysis of the business’ marketing, financial, and strategic position. Students undertake a feasibility study to assess one or more potential opportunities for the business to improve its performance, including finding new markets, reducing costs, or undertaking new investments. If you are interested in working with a student group, please visit our website and fill out our brief intake form: http://foodsystems.colostate.edu/food-and-ag-consulting/ END_OF_DOCUMENT_TOKEN_TO_BE_REPLACED

Rocky Mountain Farmers Union, Veterans to Farmers, and UpRoot Colorado are searching for farm-partners across Boulder and Weld Counties to collaborate this September and October in an eight-week pilot program geared toward addressing Colorado’s agricultural labor shortage. END_OF_DOCUMENT_TOKEN_TO_BE_REPLACED

MANHATTAN, Kan. — The Republican River Compact Administration (RRCA) will hold its 58thannual meeting at 10:00 a.m. CDT on Tuesday, Aug. 21, 2018. The meeting will be hosted by the Kansas Department of Agriculture at 1320 Research Park Drive in Manhattan, Kansas.

The RRCA meeting will focus on water-related issues and activities, including compact compliance, within the Republican River basin in Kansas, Colorado and Nebraska.

USDA Invests $345.5 Million in Rural Electric Infrastructure to Improve Service for More Than 1 Million Residential and Commercial Consumers in 14 States

“Delivering reliable and affordable electricity to power rural America will help lay the groundwork for increased rural prosperity and economic opportunity,” Secretary Perdue said. “USDA is partnering with rural electric utilities and cooperatives so they can continue to invest in infrastructure improvements to provide electric power to those who live and work in rural areas.” END_OF_DOCUMENT_TOKEN_TO_BE_REPLACED

The U.S. government is taking comments on a proposal to increase the tariff on Chinese imports from the current 10 percent rate up to 25 percent. The tariff increase would cover a wide selection of Chinese imports, including fruits, vegetables, garlic, and more. On June 18th, President Trump directed U.S. Trade Representative Robert Lighthizer to identify another $200 billion worth of Chinese goods for additional tariffs at a 10 percent rate. China retaliated in kind with duties on U.S. imports. Now, Lighthizer says the President asked him to consider raising the proposed rate of the additional duty from 10 percent up to 25 percent. Some of the fresh Chinese imports will include onions, apples, cauliflower, and broccoli. The comment period will close on September 5th. The USDA says it’s working on their three-pronged approach to help growers hurt by the retaliatory tariffs. However, California leaders are critical of the plan, saying they’re asking Congress to provide more support to specialty growers, who they fear won’t necessarily be helped by the tariff relief plan.

China Pushes Back Against U.S. Tariffs

China immediately responded to the latest U.S. tariff threat by publishing a list of $60 billion in U.S. imports it will lay tariffs on. That’s dependent on whether or not the U.S. follows through on its latest trade threats. Bloomberg says China will levy duties ranging from five percent up to 25 percent on more than 5,000 kinds of U.S. imports if America follows through on its threat of another $200 billion in tariffs. Beijing will impose five percent tariffs on more than 600 types of U.S. goods, including planes and computers. A 10 percent tariff goes on almost 1,000 products, including textiles. A 20 percent tariff will apply to more than 1,000 items, including chemicals and paper. The one that hits agriculture hardest will be a proposed 25 percent duty on items like meat, wheat, and wine. A Ministry of Commerce statement says, “The implementation date will be subject to U.S. actions, and China reserves the right to continue introducing other countermeasures.”

Soybean Growers Back in D.C. to Talk Trade Resolution

The American Soybean Association is back in Washington, D.C., just weeks after their July Board of Directors meeting. Grower leaders are meeting with officials at the Department of Agriculture and with lawmakers to talk over options for offsetting the long-term damage from China’s retaliatory tariff on American soybeans. John Heisdorffer, ASA President, says they know that President Trump is aware of just how hard the tariff battle is hitting agriculture, especially soybeans. “The recent announcement that the European Union is buying more soybeans is a welcome step,” Heisdorffer says. “Given the scale of potential damage from the tariff, we need more market-opening measures if we are going to survive the repercussions on soybean exports.” The ASA is asking officials to increase funding for export promotion in the new farm bill. The soybean growers are also asking the House Ways and Means Committee and the Senate Finance Committee to support negotiating new free trade agreements. ASA is asking that the North American Free Trade Agreement is in place by the end of the year. They also want bilateral agreements in place with countries like Japan and others to help expand overseas access. The last item they’re asking for is increased funding to upgrade inland waterways.

The Environmental Protection Agency and the Department of Transportation are recognizing the benefits of high octane fuels, such as a mid-level ethanol blend, in their SAFE Vehicles rule. That is potentially very good news for corn farmers. The agencies specifically requested comments on how EPA, “could support the production and use of higher octane gasoline” in order to support fuel economy and greenhouse gas emissions standards. NCGA knows firsthand that ethanol is a high octane fuel that provides a cost-effective means for automakers to reduce GHG emissions and improve fuel economy when used with optimized engines. Analyzing fuels and vehicles as a system provides automakers with more flexibility and options to meet vehicle standards. As an active member of the High Octane Low Carbon Alliance, the NCGA advocates for the benefits of high octane fuels. In the months ahead, NCGA will provide comments to the EPA and DOT, focusing in on the high octane portions of the proposed rule as part of the organization’s mission to create and increase opportunities for corn growers.

The biggest difference between the House and Senate versions of the farm bill was front and center on Twitter. President Trump jumped into the debate via Twitter, in an effort to tip the scales toward House Republicans ahead of conference negotiations. “When the House and Senate meet on the very important farm bill, hopefully, they will be able to leave the work requirements for food stamps provision that the House approved.” Trump also suggested the Senate needs to eliminate its filibuster rule, an apparent recognition of the fact that new work requirements for the Supplemental Nutrition Assistance Program would not get the 60 votes needed to overcome any filibuster on the bill. Democrats largely oppose the work requirements in the House bill. Anti-hunger advocates weren’t happy with Trump’s tweet, saying the new requirements will hurt people in low-wage jobs with unsteady hours, people with health conditions, and children. The Foundation for Government Accountability, a hardline conservative welfare reform group, were happy with Trump’s tweet, noting that “there’s never been a better time for welfare reform with today’s booming economy.”

An amendment to the Senate’s “minibus” spending bill would grant livestock haulers another year-long extension to implement Electronic Logging Devices. Nebraska Republican Deb Fischer proposed the amendment to delay implementation of the ELD mandate until September 30, 2019. Fischer says the amendment is important because livestock haulers face different challenges than traditional haulers who are currently using an ELD under Department of Transportation regulations. The current extension for the ELD mandate runs through September 30 of this year. Extending the delay further gives regulators from the Federal Motor Carrier Safety Administration time to work with both livestock transporters and producers on finding a resolution to the Hours of Service mandate that’s reinforced through the ELD. U.S. Cattlemen’s Association Transportation Committee Chair Steve Hilker says the hours of service rule doesn’t give drivers enough flexibility when hauling live animals. “The one year delay is needed because we still don’t have the flexibility we need from the Department of Transportation,” Hilker says. “We have the solution already drafted and introduced in Congress.” He’s talking about the Transporting Livestock Safely Across America Act, which would extend the Hours of Service rules for livestock haulers.