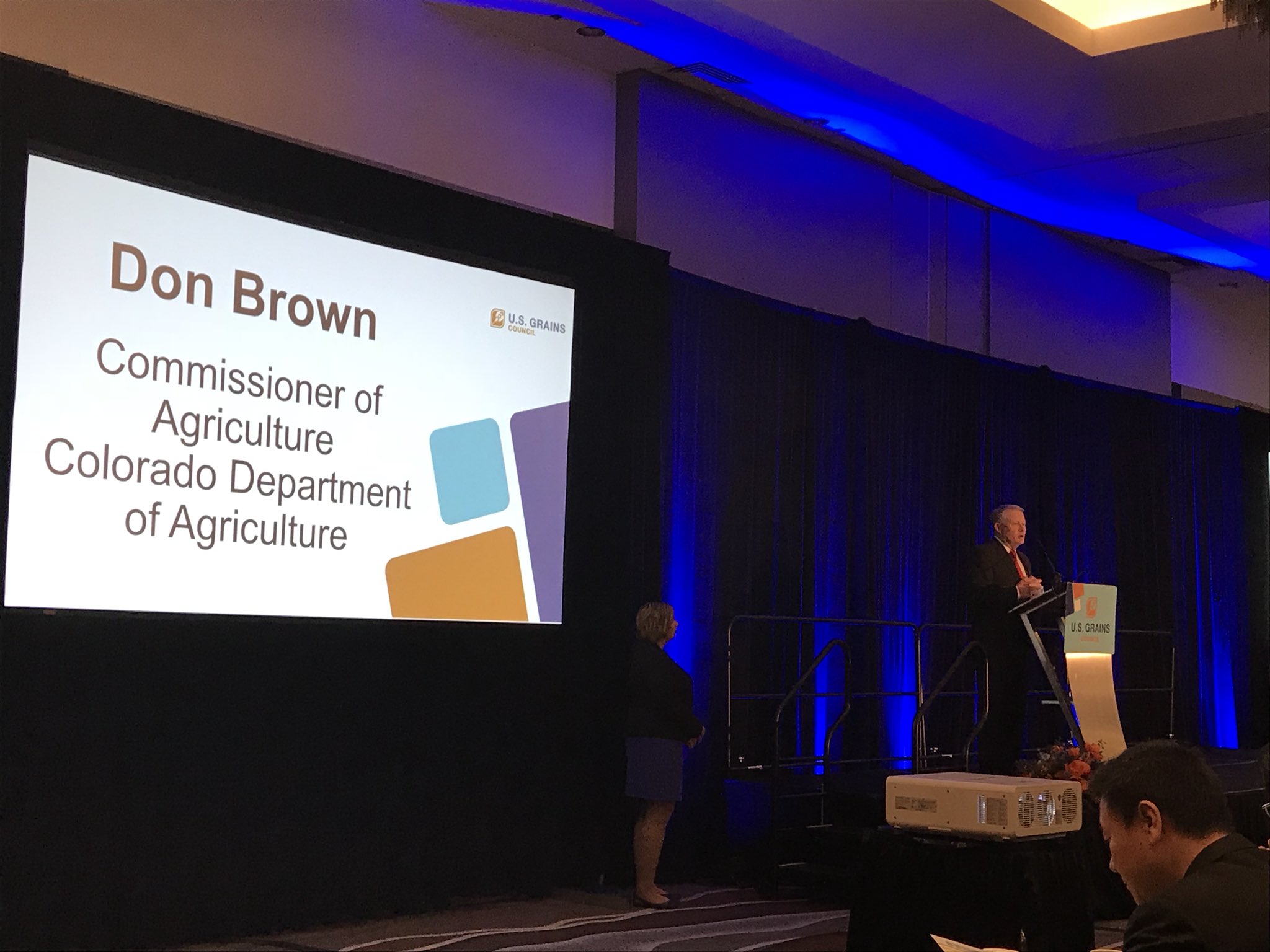 Denver – Navigating the new global trade landscape while maintaining and strengthening relationships with key partners, including Mexico and China, was front and center as the U.S. Grains Council’s 58th Annual Board of Delegates Meeting began Monday in Denver.

The meeting kicked off with keynote speaker Ambassador Carla Hills, a former U.S. Trade Representative, who shared her perspective on how agriculture fits in today’s global trade puzzle. 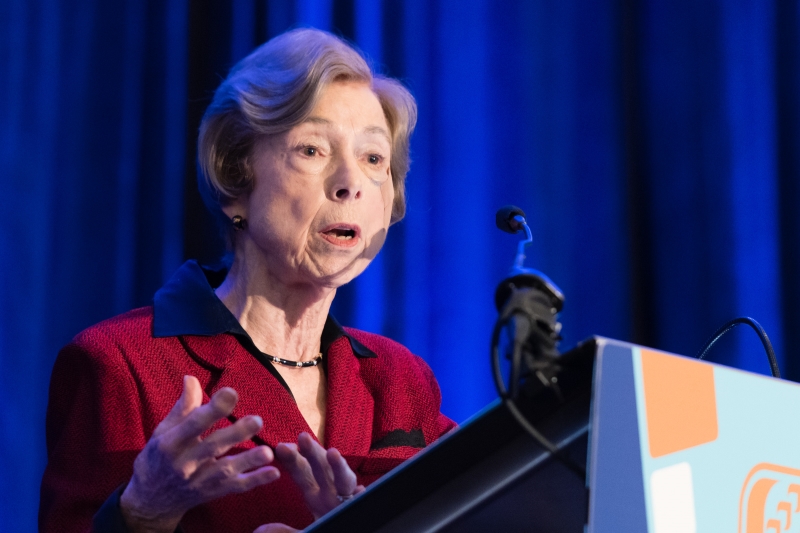 Ambassador Carla Hills, a former U.S. Trade Representative, who shared her perspective on how agriculture fits in today’s global trade puzzle at the U.S. Grains Council’s 58th Annual Board of Delegates Meeting.

“Global trade is the most effective development tool we have,” Hills said. “It enlarges economic opportunities for poor countries. It is not just a humanitarian effort; it creates tomorrow’s trade partners. One might call it an act of enlightened self interest.

“But these are turbulent times. The U.S. government has always used diplomacy to advance the well-being of our own nation, but it worries me…that we are turning inward.”

Hills, now chair and chief executive officer of Hills and Company International Consultants, served as USTR as a member of President George H.W. Bush’s Cabinet. In that role, she negotiated and concluded the North American Free Trade Agreement (NAFTA).

“Knowing what NAFTA accomplished is critical to making sound decisions about the agreement. Today, 14 million jobs depend on trade with Mexico and Canada. Today, one-third of our total global trade is with our northern and southern neighbors. Our agricultural exports to Canada are up 300 percent and Mexico is up 500 percent. Last year, we sold 14 million tons of corn to Mexico,” Hills told the audience of farmers and agribusiness delegates.

“Hopefully, we can find a way to resolve this tariff battle before it grows into a full-fledged tariff war and complete the NAFTA renegotiation that means so much to our economy,” she said. “Once those customers are lost, they will be difficult to recover. We have no time to waste.”

Zhenglin Wei, counsellor for Agricultural, Economic and Commercial Affairs for the Embassy of the People’s Republic of China, spoke during the same session about the status and future of the U.S.-China agricultural and trade relationship. He said the current tensions are worrisome because trade between the two countries is beneficial for the well-being of the two countries and the prosperity and stability of the world economy.

Attendees also heard a lunchtime update from Brian Kuehl, executive director of Farmers for Free Trade, who discussed the importance of rebuilding U.S. consensus among farmers and ranchers for trade and activities of that coalition.

More from the meeting is available on social media, using the hashtag #grains18.