“Taking a collaborative, sector-based approach with Colorado’s farmers, ranchers, and food producers will lead to more efficient ways to work together as stewards of our land, air, and water resources,” said EPA Regional Administrator Doug Benevento. “These discussions are opportunities for EPA to listen, learn, and develop new approaches to environmental challenges.”

END_OF_DOCUMENT_TOKEN_TO_BE_REPLACED

WELCOME TO THE WELD COUNTY FAIR

2018 marks the 100th anniversary of the Weld County Fair proudly presented by the Oil & Natural Gas Industry! The Weld County Fair is an annual free event held the last week in July. Our fair is open to the public and boasts a variety of displays and contests. The fair gives the youth and adults of Weld County an opportunity to exhibit their skills in a wide variety of areas including agriculture, livestock, natural resources, engineering, consumer and family, fine arts, horticulture and family living. 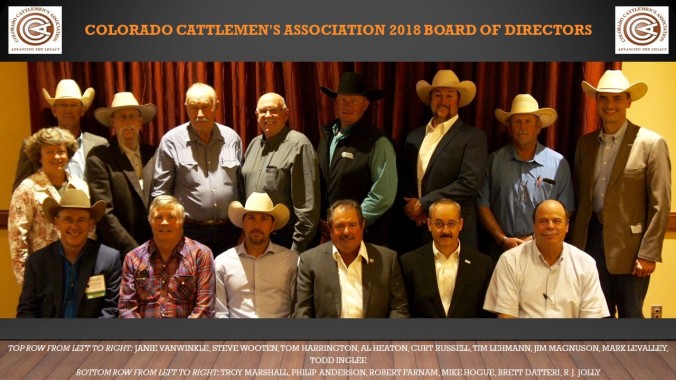 CCA Appoints 2018 Board of Directors

Each year during Annual Convention, Colorado Cattlemen’s Association (CCA) conducts an annual business meeting in order to present, renew, and accept the policy that has been created through the grassroots efforts throughout the year in committee meetings and at the local affiliate level. These policies are essential to guiding CCA’s efforts and priorities on both a state and national level for the Colorado beef industry. In addition to the policy development process, the new slate of officers for CCA are accepted during this business session.

Colorado Cattlemen’s Association  is pleased to welcome the CCA 2018 Board of Directors:

END_OF_DOCUMENT_TOKEN_TO_BE_REPLACED

Inside the CSU Rural Energy Center with Director Cary Weiner…

Learn more about FASE and why Feedlot Solar is Economically Feasible…

For complete details please visit www.rec.colostate.edu/fase to submit the short application. And for even more information about the FSAE, contact Cary Weiner, CSU Rural Energy Center Director, by email at  cary.weiner@colostate.edu or by calling (970) 491-3784.

For even more information about the CSU Rural Energy Center please visit http://yourenergy.extension.colostate.edu/

Inside the CO FFA Foundation with Executive Director Don Thorn…

BRIGGSDALE, CO – July 23, 2018 – Joining the Colorado Ag News Network & FarmCast Radio inside the BARN with an update from the Colorado FFA Foundation is Executive Director Don Thorn, who discusses several topics including:

The Colorado FFA Foundation is a non-profit organization that raises funds to support the more than 6,100 FFA members in Colorado’s 100 chapters. FFA is a national organization of 610,240 members preparing for leadership and careers in the science, business and technology of agriculture. 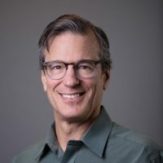 American Farmland Trust is the only national conservation organization dedicated to protecting farmland, promoting sound farming practices and keeping farmers on the land. AFT’s innovative work led to a national a movement to save the land that sustains us. No Farms, No Food. Since 1980, American Farmland Trust has helped to permanently protect more than six and one half million acres of farmland and ranchland and led the way for the adoption of conservation practices on millions more. Learn more at www.farmland.org.

American farmers are carrying the burden of trade tariffs put in place by President Donald Trump and they were in Washington this week to discuss it during a congressional hearing. Farmers shared concerns that included shrinking export markets, rising costs, and bankers who would be more reluctant to loan money for operating costs. Scott VanderWal, American Farm Bureau Vice President, says he is hearing from farmers that they still trust that the president knows what he’s doing. “We understand that other countries like China have not played fairly and we respect his desire to remedy those situations,” VanderWal says. But, he adds that other countries know what they’re doing when they “hit back” by targeting American agricultural exports. VanderWal points out that soybeans have lost 20 percent of their value since May. He says, “If sales have to be made at these price levels, this will show up as a massive shortfall in our financial statements.” Farmer income has dropped 52 percent since 2013, making it more difficult for farmers to repay loans. In turn, that increases the level of uncertainty for the bankers who lend to farmers and ranchers.

Agricultural and industrial equipment manufacturer Vermeer Corporation was hit hard on Thursday by a tornado in Pella, Iowa. A Des Moines Register article says several plants on the campus suffered significant damage and the waste management facility was a total loss. The tornado hit at the same time the company had over 400 extra people on site to celebrate its 70th anniversary. Vermeer CEO Jason Andringa says employees and visitors were immediately taken to tornado shelters on site. That quick action kept injuries to a minimum, which included seven people going to the hospital with minor injuries. There were other injuries that didn’t require a hospital visit. Andringa says there is significant structural and property damage across the campus. “Plants four and seven, as well as our advanced system testing facility, need assessments before we can figure out the damage and the ability to continue operations,” he says. “Plants five and six both have significant damage that will likely make it hard to continue operations.” Andringa says the company has survived a lot of challenges in seven decades of doing business and will do it again.

White House Trade Adviser Pete Navarro downplayed the impact tariffs are having on the ag economy, calling the impact of the trade war between the U.S. and China “a rounding error,” compared with either country’s economic output. “My point is that it’s much less disruptive than these headlines would suggest,” Navarro told CNBC. “It’s also much more constructive as we see the adjustments made in terms of where investment is going to and where we’re going to build.” Politico says there is yet another move in the works. The administration is preparing to impose tariffs on another $200 million worth of Chinese imports. The Commerce Department is studying whether imported automobiles and parts threaten U.S. national security and warrant further restrictions. Iowa Senator Joni Ernst didn’t let Navarro’s comments go unanswered. “Mr. Navarro, America’s farmers are caught in the crosshairs of this game of ‘chess,’” Ernst says, “and offhand comments like the ones Mr. Navarro made disregard the people whose livelihoods depend on global trade.” She points out that more than 456,000 jobs in Iowa alone depend on trade, with the new tariffs threatening $977 million in state exports. “There’s no rounding error,” Ernst says.

The world’s five biggest meat and dairy producers could soon take the top spot as the world’s biggest polluters. A new report from the nonprofit GRAIN and the Institute for Agriculture and Trade Policy says meat and dairy could soon produce more greenhouse gasses than oil giants Exxon, Shell, and BP. Zero Hedge Dot Com lists those five ag companies as JBS, Fonterra, Dairy Farmers of America, Tyson Foods, and Cargill. If they continue to grow at projected rates, they’ll produce 81 percent of the world’s global emissions by 2050. The report says meat and dairy production is concentrated in a small number of countries, including the U.S. China, the European Union, Canada, Brazil, Argentina, New Zealand, and Australia. The report says those countries are already responsible for over 60 percent of global meat and dairy emissions, which is about twice what the rest of the world produces on a per capita basis. The authors looked into efforts to reduce emissions by all of the countries and found only six that had set reduction targets that included their whole supply chain. The study’s lead author then said a vegan diet is the “single biggest way to lower your impact on the planet.”

The National Turkey Federation says its members are fully cooperating with a CDC-USDA investigation into an outbreak of salmonella poisoning that’s been linked to raw turkey products. The industry website Meating Place Dot Com says the outbreak has affected 90 people across 26 states since last November. The US Centers for Disease Control says the turkey came from a variety of sources. Based on laboratory testing, the CDC confirmed that it’s infected with Salmonella Reading. The strain was identified in samples of raw turkey pet food, raw turkey products, and live turkeys. In a statement, the NFT says its members are individually reviewing their salmonella control programs in all phases of production. They’re also working as a group through the NFT to address this and all strains of salmonella. A spokeswoman for Butterball says in a statement that, “it’s important to note that no specific product, facility, or company has been linked to the illness and that the CDC isn’t advising people to stop eating turkey products.” A Cargill spokeswoman says the company continuously takes steps to try to control any incidence or level of all types of salmonella.

People for the Ethical Treatment of Animals is placing a new billboard in Des Moines, Iowa, encouraging people to eat tofu. They say soybean farmers want people to go vegan and support the growers through a trade dispute with China. However, the Iowa Soybean Growers Association is quick to point out that it isn’t asking consumers to give up meat. An Iowa Soybean Association spokesman says the billboard is “misleading and disingenuous,” and that “PETA doesn’t speak for Iowa or U.S. soybean growers.” PETA’s new billboard will say “America’s Soybean Farmers Want You… to go Vegan! Tofu: Born in China but raised in the USA.” The group chose Des Moines because Iowa is the nation’s second-largest soybean grower. “It’s our civic duty, in the face of a trade war, to choose healthy, tasty, and downright patriotic dishes like veggie burgers and soy-based hot dogs,” says PETA president Ingrid Newkirk. However, the Iowa Soybean Association says capitalizing on a trade dispute to further its anti-meat agenda is in poor taste, calling it “a new low for PETA.”