The number of cattle and calves on feed for the slaughter market in Colorado feedlots with a capacity of 1,000 head or larger was estimated at 930,000 head as of July 1, 2018. The latest inventory was 2 percent below the previous month’s inventory but no change from the July 1, 2017 inventory. The inventory included 520,000 steers and steer calves, down 10 percent from the previous year. The number of heifers and heifer calves, at 410,000 head, are up 15 percent from a year ago. Cattle feeders with 1,000 head or larger capacity marketed an estimated 160,000 head of fed cattle during June 2018. This was 7 percent above the previous month’s marketings, but no change from the marketings one year earlier. An estimated 145,000 cattle and calves were placed on feed during June, 15 percent below the previous month’s placements, but 16 percent above June 2017 placements. Of the number placed in June, 17 percent weighed less than 600 pounds, 21 percent weighed from 600 to 699 pounds, 24 percent weighed from 700 to 799 pounds, 21 percent weighed 800 to 899 pounds and 17 percent weighed 900 pounds or greater. Other disappearance for June, at 5,000 head, was 5,000 head below last month but the same as last year.

County committees are made up of farmers and ranchers elected by other producers in their communities to guide the delivery of farm programs at the local level. Committee members play a critical role in the day-to-day operations of FSA.

“The Aug. 1 deadline is quickly approaching,” said Wilson. “If you know of a great candidate or want to nominate yourself to serve on your local county committee, visit your FSA office before the deadline to submit the nomination form. I especially encourage the nomination of beginning farmers and ranchers, as well as women and minorities. This is your opportunity to have a say in how federal programs are delivered in your county.” END_OF_DOCUMENT_TOKEN_TO_BE_REPLACED 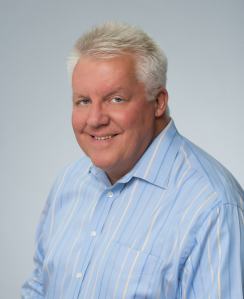 WASHINGTON, D.C., July 20, 2018 – American Humane, the country’s first national humane organization and the world’s largest certifier of animal welfare, today announced the appointment of Marty Frankhouser to the position of national director of the American Humane Farm Program. The program was founded in 2000 and is the first and largest independent, third-party farm welfare certification effort in the United States, awarding the American Humane Certified™ seal to producers that meet some 200 science-based humane standards covering everything from adequate space to proper air quality, heating, and lighting, and the freedom to express natural behaviors. With the guidance of the world’s leading animal scientists and ethicists and completely independent third-party audits to verify adherence to rigorous standards, the American Humane Farm Program has helped ensure a better quality of life for billions of animals on farms and ranches.

END_OF_DOCUMENT_TOKEN_TO_BE_REPLACED

Colorado Cattlemen’s Association (CCA) unveiled the newly re-formatted Ranching Legacy Program at its 2018 Annual Convention. The original Ranching Legacy Program was a cooperative endeavor between Colorado State University and CCA, designed to give beginning ranchers fundamental skills in range livestock production and ranch management. Keeping similar objectives in mind, the new Ranching Legacy Program builds more opportunities for ranchers of all ages and skill-sets to get involved in order to develop and refine their abilities in today’s ranching industry. 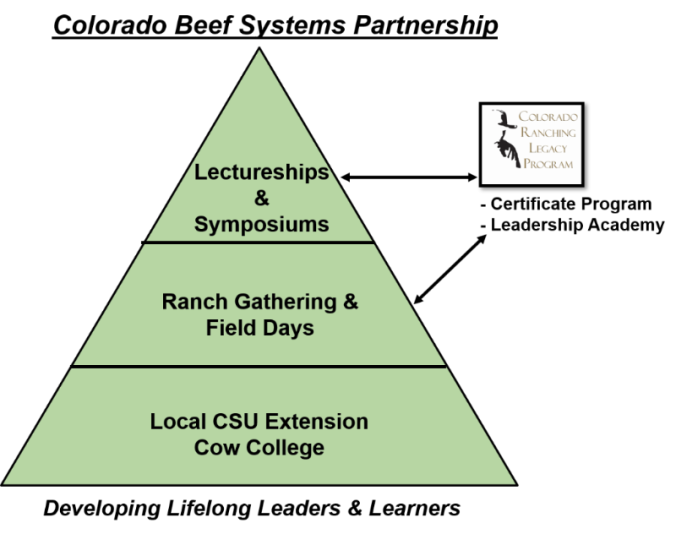 The Ranching Legacy Program is composed of several layers of continuing education and engagement opportunities. See below for more information about each of the sections.

END_OF_DOCUMENT_TOKEN_TO_BE_REPLACED

BERTHOUD – Officials from the Army Corps of Engineers have released a Final Environmental Impact Statement that explores the alternatives for supplying a reliable water supply to 15 municipalities and water providers in northeastern Colorado.

The document outlines the impacts of Northern Water’s preferred alternative, the Northern Integrated Supply Project, as well as three other potential reservoir projects. It also looks at the effects to the environment if no action alternative is approved.

“This is another step in the process and a very thorough one at that,” said Northern Water General Manager Brad Wind.  “We’re encouraged that it shows that no new significant issues have popped up and that the impacts can and will be mitigated.”  END_OF_DOCUMENT_TOKEN_TO_BE_REPLACED

Congress has introduced a series of bills to update and modernize the Endangered Species Act (ESA). ESA regulations have not been updated in 30 years, and only 3 percent of species have been successfully recovered since the law was enacted 45 years ago. Farmers and Ranchers already know that ESA restrictions can be harsh and prevent them from using their primary business asset: their land.

END_OF_DOCUMENT_TOKEN_TO_BE_REPLACED

The Ag Tech Expo will be held at Northwest Tech from 9:30 a.m. to 4:00 p.m. in conjunction with the Water Tech Farm Field Day. Participants will have the opportunity to hear current updates from the Kansas Water Office and an overview of the technology farm at Northwest Kansas Technical College, as well as talk to producers who have implemented new technologies at different levels in their operation. In the afternoon, activities will be held at the technology farm to allow participants to see some of the technologies in use. END_OF_DOCUMENT_TOKEN_TO_BE_REPLACED

Perdue: Tariffs not the Ultimate Answer

“Tariffs are not the ultimate answer,” says Agriculture Secretary Sonny Perdue. Speaking to the Washington International Trade Association, Perdue told the group tariffs are rather “a tool to get people’s attention” so both teams “play by the same rules.” Politico reports that Perdue recognized retaliation by China, Mexico, Canada and the European Union to Trump’s tariffs was causing pain in farm country, but he tried to frame it in an optimistically. Perdue said he told the President Wednesday when asked how things are in farm country: “I can’t lie to you. It’s a little bit like a weight loss program. It’s painful when you’re going through, but we think there’s going to be better days ahead.” The comments came the day the House Ways and Means committee heard from farmers and ranchers on the harm the ongoing trade war is causing. A current consensus seems to be that agriculture understands trade could be better when the dust settles, but an American Farm Bureau Federation representative says the decisions made now could be costly for farmers and ranchers.

Dairy Farmers of Canada highlighted challenges the group is facing during its annual meeting this week. Dairy farmers from across Canada gathered in Quebec as the annual meeting focused on international trade with the industry is facing pressure from the United States through the North American Free Trade Agreement renegotiation. Highlighting that the Canadian dairy industry is facing new challenges, including international trade and the questioning of the nutritious value of dairy products. Leadership of the group says: “There is a compelling case for us, as dairy farmers, but also for the whole sector, to speak with one voice.” Industry leaders warn “Canadian dairy is in the sights of the U.S. government in NAFTA renegotiations,” adding “we now need to be vigilant.” The U.S. wants Canada to make changes to its dairy supply management system through the NAFTA renegotiation, however Canada has maintained that it will not do so.

The impact of the current trade climate on land prices remains unknown, but Farmers National Company says time will tell. Farmers National says there is no easy answer as to what effect trade issues are having on land prices currently. The company says many factors influence local land values. Supply of land for sale and the level of demand are key factors influencing land prices along with the income generated by the land and interest rates. However, when noticing low commodity prices, the company explains that land is a long-term investment and its true value is an expression of future revenue streams. The group says uncertainty of future events causes today’s caution but adds “stay tuned to see what plays out over the next few months” in agriculture and the land market for the answer.

The U.S. Fish and Wildlife Service and NOAA Fisheries announced Thursday proposed revisions to the Endangered Species Act. Several proposed changes deal with procedures for listing species, recovery and designating critical habitat. The agencies propose to revise the procedures for designating critical habitat by reinstating a requirement that they will first evaluate areas currently occupied by the species before considering unoccupied areas. The agencies are also clarifying that decisions to delist a species are made using the same standard as decisions to list species. The Fish and Wildlife Service is separately proposing to rescind its blanket rule which automatically conveyed the same protections for threatened species as for endangered species unless otherwise specified. Ethan Lane, Executive Director of the Public Lands Council, says the proposal takes a “serious and measured approach to modernizing the regulatory side” of the ESA. Lane says the changes could “provide tremendous relief to ranchers once finalized.”

The Midwest saw rains this week in some much-needed areas and some not needed areas. It’s been a spotty season in the heart of the United States as areas such as Western Iowa are wet, in fact nearing too wet. But, to the south, much of northern Missouri is classified in an extreme drought, according to the latest Drought Monitor. Farmers in parts of Missouri are reporting estimated yield losses up to 70 percent for corn, and others are chopping corn for silage, normally a rare occurrence those areas of the state. Farmers report fields “look like September,” when asked about crop conditions in Northern Missouri. Further, with the expectation of the Gavins Point Dam water releases to reach 60,000 cubic feet per second next week, The Missouri River along Iowa and Nebraska into Missouri remains swollen, risking flood stages on a daily basis. Eastern Kansas remains dry, as well, with crops lacking much-needed moisture. The Western region of the U.S. has nearly all of its Southern states in a classified drought. And, much of Texas, parts of Oklahoma, Arkansas and Louisiana, are in a classified drought, as well.

For his work to fight for open markets for American agriculture, Senator Pat Roberts of Kansas was presented the Congressional Leadership Award by the Washington International Trade Association. Presented to the Republican this week, the award recognizes individuals who have made exceptional contributions in the field of international trade. In accepting the award, Roberts, who chairs the Senate Agriculture Committee, noted that last year the total value of U.S. agricultural exports was over $138 billion. He says, “free trade is not only good for U.S. agriculture, it is absolutely essential.” Of the current trade climate, Roberts says trade “should not be used as a weapon,” calling trade a “tool for peace,” national security and economic growth. The International Trade Association says Robert’s has long been outspoken on the benefits of increased access to foreign markets for U.S. agriculture, and addressing those concerns with the current administration.

GREENSBORO, N.C., USA, July 19, 2018 –Syngenta kicked off its 2018 trial event series in Naples, Florida, highlighting advancements in vegetable breeding to customers from across the Southeast. These trials illustrate the company’s continued commitment to be a leader in vegetable seed research and development. In Naples, seed resellers and growers had the opportunity to see, touch and taste new and experimental varieties and hear about the benefits these introductions will bring to the market.

“These events provide a crucial opportunity for us to interact with growers and shape our breeding strategies based on their feedback and personal experience,” said Javier Martinez-Cabrera, head of vegetable seeds for Syngenta, North America. “We’re proud to offer growers the best genetics that can help them meet market needs and address local production challenges.” END_OF_DOCUMENT_TOKEN_TO_BE_REPLACED