Group asking for donations to help support those in need

“The fire laid waste to the property and homes of many farmers, ranchers and families in the area,” said Don Shawcroft, President of the Colorado Farm Bureau. “Many families were tragically impacted by this disaster. We hope that this donation can help lessen the pain for these families, even if it’s only a little bit.” END_OF_DOCUMENT_TOKEN_TO_BE_REPLACED

Today, along with many other Colorado Ag groups, we are hosting a roundtable on agricultural issues with Walker Stapleton

“Senator Hoeven has been a long-time advocate for agriculture and our country’s corn growers,” Skunes said. “I have worked closely with him for many years now and am proud to present him with this well-deserved honor.” END_OF_DOCUMENT_TOKEN_TO_BE_REPLACED

July 19, 2018 – On Wednesday, the U.S. House of Representatives voted to send the farm bill to conference. In the coming weeks and months, a committee comprising members of both Congressional chambers will reconcile the differences between the House and Senate versions of the legislation.

This may prove difficult given the major differences between the two bills, particularly in the nutrition title. The House bill would mandate more stringent work requirements for participants of the Supplemental Nutrition Assistance Program, while the Senate bill maintains the current employment stipulations. There are also significant differences in how the bills address conservation, farm safety net, and payment limitations. See the chart below for an overview of how the bills compare.

An official timeline for the conference committee process has not been announce, but the House Committee on Agriculture Chairman Mike Conaway says it is a priority to get the bill passed by both chambers and signed by President Trump before September 30, the day that the current Farm Bill expires.

END_OF_DOCUMENT_TOKEN_TO_BE_REPLACED

July 19, 2018 – In mid-June, President Trump announced that his administration will impose a 25 percent tariff on Chinese technology imports. The tariffs, which took effect on July 6, apply to $34 billion worth of Chinese products. On the same day, China matched the move with tariffs on $34 billion of American goods. The list of targeted products includes a number of agricultural exports, among them soybeans, milk, pork, and cotton. END_OF_DOCUMENT_TOKEN_TO_BE_REPLACED

Washington, D.C. – Colorado U.S. Senator Michael Bennet issued the following statement after Interior Department Senior Advisor Susan Combs confirmed in a Senate Energy and Natural Resources Committee hearing that the Bureau of Land Management (BLM) headquarters would move West, and that the Department is conducting an analysis to select the new location.

“It is good to hear the Department of the Interior is upholding its commitment to move the BLM headquarters West,” Bennet said. “We look forward to working closely with the Department as it conducts its evaluation, and we re-extend our invitation to Secretary Zinke to visit Colorado to see for himself why there is no better home for the BLM headquarters. We must ensure this move is more than symbolic and provides the resources necessary to manage our public lands and improve agency decision making.”

END_OF_DOCUMENT_TOKEN_TO_BE_REPLACED 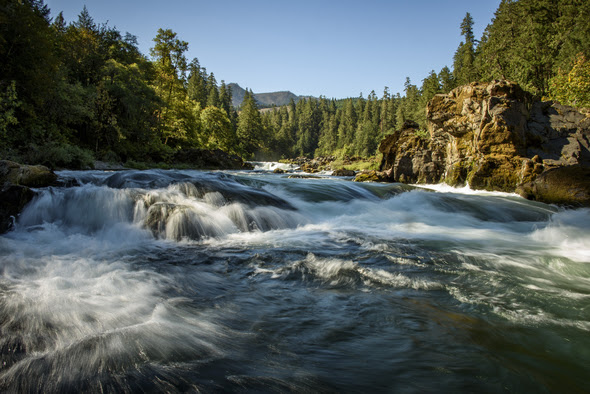 Targeted conservation keeps valuable nutrients and soil on the field – only the benefits flow downstream. That’s why NRCS is extending its landmark water quality initiatives for another five years.

WASHINGTON, July 19, 2018 – The U.S. Department of Agriculture (USDA) today announced plans to extend two of its landmark water quality initiatives for five years. The Mississippi River Basin Healthy Watersheds Initiative(MRBI) and the National Water Quality Initiative (NWQI) have played a pivotal role in accelerating conservation in water quality by providing targeted funding and technical resources to agricultural producers in the areas that need it most.

“These two initiatives have steadily demonstrated tremendous benefits across America’s landscape and water bodies,” said Bill Northey, USDA Undersecretary for Farm Production and Conservation. “By focusing resources where we can have the best impacts, we’re improving the quality of rivers and streams across the country while also giving producers the tools they need to make good investments on their working lands.” END_OF_DOCUMENT_TOKEN_TO_BE_REPLACED

“BLM leaders in Washington have made significant changes to timelines and public involvement related to its process for public leasing of land parcels for oil and gas development. These changes limit a comprehensive review of the impact of these leases on wildlife, the environment and communities,” said Governor John Hickenlooper. “We commend the Colorado BLM office for its good faith efforts to work with our Department of Natural Resources on these matters. We hope they can give the full attention necessary to concerns we’re raising about many of the parcels included in the lease sale.” END_OF_DOCUMENT_TOKEN_TO_BE_REPLACED

The BARN – FarmCast Radio – Briggsdale, CO) July 19, 2018 – Hard to believe that the 2018 Wheat Harvest is over and fall planting is fast approaching… and there’s no better time than NOW to start making YOUR decisions about which wheat seed variety will get you the BEST results. Helping YOU to make that decision is Matt Keating, AgriPro Cereals Key Account Lead with Syngenta, who discussed several important factors including:

Questions, Contact Matt Keating
For more information about AgriPro brand wheat varieties or to find a local AgriPro Associate, visit www.agriprowheat.com. Join the conversation online – connect with them at syngenta-us.com/social & and to learn more about Syngenta, visit syngenta.com. You can also follow them on Twitter® at twitter.com/SyngentaUS.

The House of Representatives placed the farm bill back in the court of the Senate, voting to move towards conference. The voice vote approval paves the way for the Senate to consider similar action so the two chambers can appoint conferees to mend differences between the House and Senate versions of the farm bill. The House also passed a Democratic motion to instruct conferees to insist on  10-year permanent funding for an animal vaccine program. That motion passed the House 392 – 20. The House bill has permanent funding, but the Senate bill has only an authorization for appropriations. The motion to proceed also makes it possible for the House to appoint conferees. The Senate must also vote to proceed to conference and appoint conferees. However, when the conference committee will convene remains uncertain, before or after the August recess. The current farm bill expires September 30th.

Following the vote, House Democratic Leader Nancy Pelosi named democrats to serve on the conference committee, including 10 Agriculture Committee members. Listed by committee, they include:

The National Association of Egg Farmers is urging lawmakers to support language included in the farm bill that seeks to uphold the U.S. Constitution commerce clause. The clause says Congress is to regulate commerce among states, but the group alleges certain states are implementing laws regulating how eggs are produced outside the state and then imported into that state. The Association says states are pressing for the removal of cages for egg-laying hens on the basis of animal welfare. However, the Association says cages reduce mortality rates for chickens. The specific language supported by egg producers, introduced by Iowa Representative Steve King, is the Protect Interstate Commerce Act. The association says the legislation prevents activist states like California from unconstitutionally regulating interstate commerce in agriculture by imposing regulatory hurdles on other states. King says the language ensures “agricultural products are not denied access to some of the nation’s largest markets.”

While the United States remains engaged in a trade disruptive environment, the European Union and Japan have signed a free trade agreement. The agreement, signed Tuesday, is hoped to counteract the protectionist trade environment fueled by the U.S. and President Donald Trump, according to Reuters. The agreement creates one of the world’s largest open economic areas. Japan’s Prime Minister Shinzo Abe (sheen-zoh ah-bay) said: “I want Japan and the EU to lead the world by bearing the flag of free trade.” The deal removes EU tariffs of ten percent on Japanese cars and will also scrap Japanese duties of some 30 percent or more on EU cheese and 15 percent on wines, along with allowing for more EU dairy products to enter Japan. The move comes as the U.S. is in the middle of a trade war with China, and ongoing trade disputes with others, that started with steel and aluminum tariffs implemented by the Trump Administration.

The National Biodiesel Board says the Environmental Protection Agency should set the 2020 Biomass-based Diesel obligation at 2.8 billion gallons and appropriately account for small refinery exemptions. Testifying to the EPA during a public hearing on the Renewable Fuel Standard Wednesday, NBB and its members asked the EPA to make the change based on the agency’s own analysis in the proposed rule showing that the volume is achievable next year. NBB also told the EPA it must reduce the uncertainty it has caused by issuing retroactive small refiner hardship exemptions. The action, according to NBB executives, is needed to “provide the certainty that the biodiesel industry needs.” EPA has estimated that the small refinery hardship exemptions it retroactively granted to refiners reduced the 2016 and 2017 RVOs by a combined 2.25 billion gallons. NBB estimates the 2016 and 2017 exemptions reduced demand for biodiesel by more than 300 million gallons.

Renewable Fuels Association President Bob Dinneen will transition into an advisory role later this year. Serving as CEO since 2001, Dinneen has been with the organization for more than 30 years and will become RFA’s Senior Strategic Advisor in October. Executive Vice President Geoff Cooper will assume the position of president and CEO. Cooper joined RFA in 2008 as the organization’s Director of Research and Analysis and had ascended to executive vice president by 2016. He previously worked on ethanol issues for the National Corn Growers Association and served as a Captain in the U.S. Army, specializing in bulk petroleum product logistics. In recent years, Cooper has led RFA’s regulatory activities, while also overseeing the association’s research and technical initiatives, supporting public and media relations efforts, and managing the Renewable Fuels Foundation. RFA Chairman Mick Henderson mentioned Dinneen spent most of his professional life dedicated to the ethanol industry, and for that “we will always be grateful.”

Kindergarten through fifth-grade educators working in schools are encouraged to apply by August 15th for resource kit grants courtesy of John Deere and the American Farm Bureau Foundation for Agriculture. John Deere is sponsoring the distribution of 300 kits, each containing one copy of the Foundation’s 2018 Book of the Year, “John Deere, That’s Who!,” an educator guide and a classroom set of Ag Innovation ag magazines for kids. Grant winners will be randomly selected from the pool of applicants. Resource kits will be sent to selected teachers in time for National Read a Book Day, September 6th. Applications are being accepted online. Learn more at agfoundation.org.