On Friday, July 13, 2018, RMFU President Dr. Dale McCall highlighted the concern and expectations farmers and ranchers share regarding the 2018 Food and Farm Bill to U.S. Senator Michael Bennet. McCall said producers prefer the farm policy put forward by the Senate over that of the House.

Editor’s Note: Dr. Dale McCall, President of Rocky Mountain Farmers Union and a farmer in Yuma County, Colorado, met with U.S. Senator Michael Bennet of Colorado to discuss trade and the Food and Farm Bill discussions now under way in Washington, D.C. Senator Bennet of Colorado has been instrumental in inserting provisions in the Farm Bill that will benefit farmers, ranchers, and rural communities in Colorado, New Mexico, and Wyoming. The roundtable event was held last Friday at Sakata Farms in Brighton. The event gathered select ag leaders from across the state. Among the Farmers Union members invited were Dale McCall, RMFU Executive Director Ben Rainbolt, Robert Sakata of Sakata Farms, Kate Greenburg representing the National Young Farmers Coalition, and Dave Carter of the National Bison Association. Dr. McCall’s message follows.”Rocky Mountain Farmers Union is appreciative of the Senate’s bipartisan work on this bill and we are pleased by its passage. At a time of great financial stress, family farmers and ranchers are in need of some economic certainty. The Senate’s version of the Farm Bill includes encouraging provisions that strengthen the farm safety net, promote farm sustainability, and ensure access to fair and diverse markets, all of which would provide essential security.

“The Senate worked to improve farm sustainability, as natural resource concerns such as water quality, aquifer recharge, carbon sequestration and soil health are critical to embrace for the viability of family farms, rural communities and future generations. The Senate farm bill maintains overall funding for conservation programs that improve the long-term sustainability of family farms and ranches. The legislation includes many reforms to improve access to working lands conservation programs and enhance their environmental benefits. The bill also maintains mandatory funding for programs that promote the development of the bio-economy in rural areas. END_OF_DOCUMENT_TOKEN_TO_BE_REPLACED

BRIGHTON–Sakata Farms was the site where Colorado agriculture groups yesterday met Sen. Michael Bennet, D-Colo., to address their priorities for the next farm bill as well as to ask the senator, who is a member of the Senate Agriculture Committee, to keep pushing for solutions to the acute agricultural labor shortage and the impact of trade tariffs on their current business and future opportunities. Host Robert Sakata is president of the Colorado Fruit & Vegetable Growers Association (CFVGA).
“It was an opportunity to visit with the senator about the conference committee work that will begin as the House and Senate work toward a compromise farm bill,” said Sakata. “We thanked Sen. Bennet for supporting the Specialty Crop Block Grant program, while reiterating the really pressing need to fix the broken H2A program so that Colorado fruit and vegetable growers can get the skilled and dependable workforce we need to harvest our highly perishable crops.”

END_OF_DOCUMENT_TOKEN_TO_BE_REPLACED

CAUTION: DO NOT CAN WHITE-FLESH PEACHES 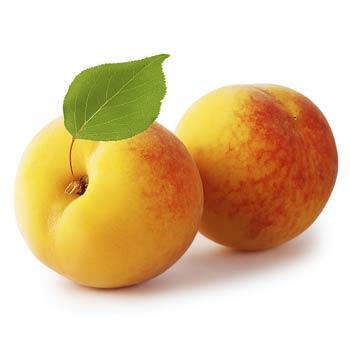 The National Center for Home Food Preservation has recently added a caution statement to their website regarding white peaches which reads:

So many more people seem to be interested in learning about cottage foods and how to be a part of making and selling their own products under the Cottage Foods Act. If you are one of the people reading this article still asking yourself what is a cottage food, let me help you define that. A “Cottage Food Operation” is a business operated by a person who produces or packages non-potentially hazardous food in a kitchen located in the person’s primary domestic residence or another appropriately equipped residential or commercial style kitchen on that property. END_OF_DOCUMENT_TOKEN_TO_BE_REPLACED

Save the bee, save the world: USDA to fund Fort Lewis College honey bee research

DURANGO, CO – It is amazing how the smallest of things can have such an enormous impact. Such is the case with honey bees, along with other pollinating animals. Most people probably barely notice the honey bee as it buzzes about its business, but a threat to the honey bee is a threat to us all.

Honey bee populations have been dying off for decades from a number of causes from parasites to environmental changes. Why should humans care? Consider the fact that more than a third of the crop production in the United States relies on pollination to grow. Imagine the grocery store shelves if flowering vegetables, berries, nuts and all the things these ingredients produce were lost.

Fort Lewis College (FLC) Associate Professor of Chemistry Bill Collins and his students are hard at work trying to better understand and combat honey bee die-offs. To aid in this work, the U.S. Department of Agriculture’s (USDA) National Institute of Food and Agriculture awarded Fort Lewis College just over $103,000 in research funding.

END_OF_DOCUMENT_TOKEN_TO_BE_REPLACED

Barley production is forecast at 6.15 million bushels, down 31 percent from the 2017 crop. Area harvested is expected to total 50,000 acres, down 18,000 acres from the 68,000 acres harvested last year. Barley yield is forecast at 123.0 bushels per acre, 9.0 bushels per acre below last year. As of July 1, Colorado’s barley crop condition was rated 40 percent fair, 42 percent good, and 18 percent excellent, compared with 22 percent fair, 49 percent good, and 29 percent excellent last year. Barley headed was at 75 percent complete, compared with 78 percent last year and the 5-year average of 65 percent.

Senator Pat Roberts points out that the U.S. House has the next move on the farm bill. The Senate Agriculture Committee chairman told a group of veteran farmers this week that the farm bill conference should begin “soon,” according to the Hagstrom Report. However, Roberts says the House must make the next move by rejecting the Senate version of the bill and asking to move forward to the conference effort. A spokesperson from House Agriculture Committee Chairman Mike Conaway’s office said there is no plan yet on when to send the bill back to the Senate, but says staff from the Senate and House agriculture committees are working to figure out how to “handle the mechanics” of the conference committee. Even if the conference does not begin until after the August recess, “the goal remains getting a farm bill done on time,” according to Conaway’s office. An on-time bill means lawmakers must send the bill to President Trump before September 30th.

The Environmental Protection Agency has ditched a proposal to make up for lost biofuel volumes stemming from hardship waivers as part of the Renewable Fuel Standard. The plan was seen as a fix for the waivers granted generously by the EPA under former administer Scott Pruitt, which lowered biofuel volumes by granting refiners a break from the rules. The plan would boost the renewable fuel blending obligation to 11.76 percent from 10.88 percent to offset volumes lost under the waiver program. However, pressure from the refining industry has kept the plan stalled, and now apparently thrown out. The plan was first rumored when Sonny Perdue talked of a meeting with Pruitt earlier this year, asking for a hardship waiver fix. In April, Perdue told Congress that from USDA’s standpoint, “our conclusion is that’s direct demand destruction.”

The Department of Agriculture Thursday upped its predictions for larger corn and soybean crops this year. The USDA World Agriculture Supply and Demand Report predicts corn production at 14.2 billion bushels and soybeans increasing to 4.3 billion bushels. The 2018/19 U.S. corn outlook includes larger supplies, greater feed and residual use, increased exports, and lower ending stocks. Increased 2017/18 exports are based on record-high shipments during the month of May. The season-average corn price received by producers was lowered 10 cents at the midpoint for a range of $3.30 to $4.30 per bushel. This month’s U.S. soybean supply and use projections for 2018/19 include lower supplies, lower exports, higher crush, and higher ending stocks. USDA predicts the new Chinese soybean import duties will lower exports down 250 million bushels. The U.S. season-average soybean price was forecasted at $8.00 to $10.50 per bushel, down $0.75 at the midpoint. Projected U.S. 2018/19 wheat supplies were raised 74 million bushels on increased beginning stocks and higher production. The season-average farm price was lowered $0.10 per bushel at the midpoint to a projected range of $4.50 to $5.50.

President Trump plans to nominate Indiana farmer Kip Tom as the United States Representative to the United Nations Agencies for Food and Agriculture at the Department of State. Tom will be given the rank of Ambassador if nominated and approved by the Senate. Tom, of Tom Farms, is a seventh-generation farmer representing one of the largest farms in Indiana. Tom previously unsuccessfully ran for Congress in 2016 and was in consideration by President Trump to be Agriculture Secretary during the transition period of the Trump administration. In the announcement, the White House touted Tom’s agribusiness experience that includes work in North and South America, Africa, Europe, the Middle East, and Asia. Tom serves on the boards of the Indiana Economic Development Corporation, the Indiana Chamber of Commerce, the Future Farmers of America Foundation and the National 4-H Foundation. Indiana Senators Todd Young and Joe Donnelly in a joint statement called Tom an “excellent fit” for the position.

A Group of former Grocery Manufacturers Association members announced a new coalition called the Sustainable Food Policy Alliance. Founding member companies include Danone North America, Mars, Incorporated, Nestlé USA and Unilever United States. In the announcement, the coalition says it is focused on “driving progress in public policies that shape what people eat and how it impacts their health, communities, and the planet.” The group will advocate on five key areas, including consumer transparency, the environment, food safety, nutrition and people and communities. However, specifically, at launch, two policy areas the Alliance intends to engage on include nutrition labeling and carbon emissions. In a joint statement, alliance members said the group is “committed to a collaborative approach and to listen and learn about issues” affecting the food system “from the field to the store shelf and beyond.”

The Organic Consumers Association has filed suit against Vermont-based Ben & Jerry’s for deceptive labeling, marketing and sales of Unilever’s Ben & Jerry’s Ice Cream products. The suit was filed in D.C. Superior Court this week under the D.C. Consumer Protection Procedures Act. The group claims Unilever reportedly spent more than $9 billion on advertising in 2017, and that a “significant portion” was spent to “create the false perception that Ben & Jerry’s is committed to a clean environment and high animal welfare standards.” The association asserts that Ben & Jerry’s decades-old practice of sourcing dairy ingredients from conventional dairy operations “has led to a water pollution crisis in Vermont,” adding “there is nothing socially or environmentally responsible about that.” The Organic Consumers Association is a self-described grassroots nonprofit consumer advocacy organization representing a network of more than one million consumers.