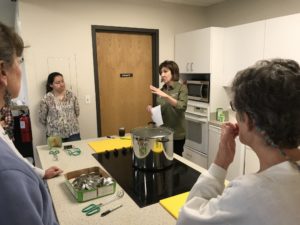 CSU Extension uses a multi-faceted approach to the challenge of providing up-to-date food preservation information to residents across the state via website materials, in-person classes, trained volunteers, and now, the Preserve Smart app.

END_OF_DOCUMENT_TOKEN_TO_BE_REPLACED

FORT COLLINS, Colo. – July 10, 2018 – With wildfires around the state burning forestland and destroying homes, many Coloradans want to know what they can do to help. One way to have a positive impact on affected forests and communities is through the replanting of trees, which is the goal of the donor-driven Restoring Colorado’s Forests Fund.

Donations made to the Colorado State Forest Service-administered fund are used to provide seedlings for planting in areas impacted by wildfires, floods or other disasters, with an emphasis on areas critical to water protection, wildlife habitat and public benefit. Every $2 donation to the fund purchases one seedling, at no cost to the landowner. Since the program was established in 2003, program funds have been used to provide more than 122,000 trees.

“When a destructive wildfire hits, the first priority is protecting human life and property,” said Mike Lester, state forester and CSFS director. “But for the long-term recovery of our communities and forests, planting trees provides an important means to help stabilize soils, protect water supplies and restore the landscape.” END_OF_DOCUMENT_TOKEN_TO_BE_REPLACED

The Colorado Office of Economic Trade & Development just launched a new service from the State of Colorado designed to help emerging businesses open their doors more quickly and efficiently.
Their offices have worked together to develop MyBizColorado, a single path to interact with multiple state agencies, cutting red tape and expediting the process to start a new business.
By using MyBizColorado, you can:

END_OF_DOCUMENT_TOKEN_TO_BE_REPLACED

2018 Legislative Report is out! 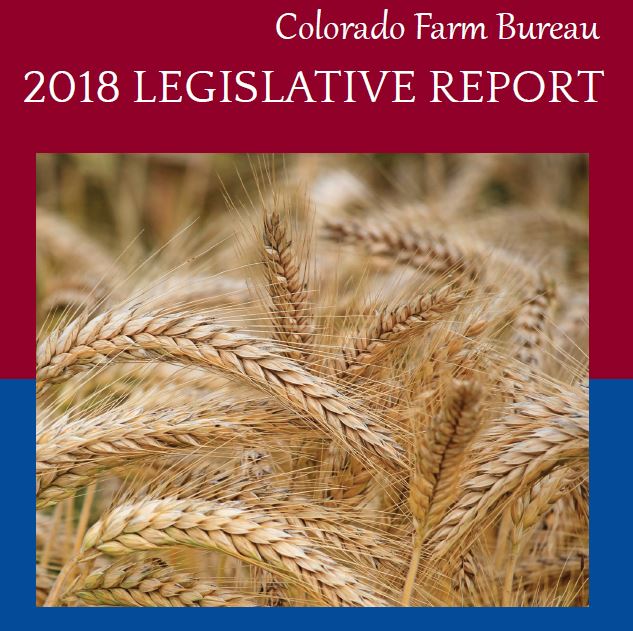 From January through May, Colorado Farm Bureau advocates for farmers and ranchers at the state Capitol. It’s vital that leaders across Colorado understand agriculture’s perspective and the impact that policy has on the industry.

Over 60 bills were tracked during this legislative session, all of which would have impacted Colorado agriculture in some way. This year’s Legislative Report highlights a few of the bills that had a major impact on farmers and ranchers. 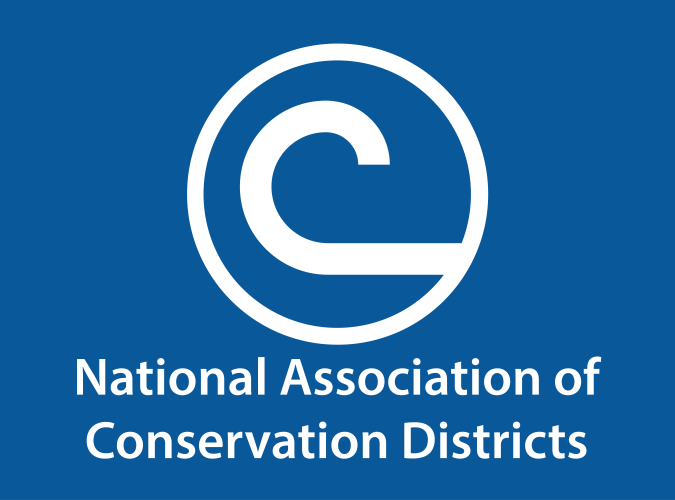 Inside the NACD with President-Elect Tim Palmer… 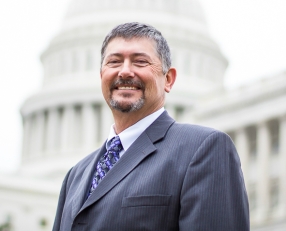 (BARNMedia – FarmCast Radio – Briggsdale, CO) July 11, 2018 – Within this month’s National Association of Conservation District’s interview my guest is the new President-elect Tim Palmer and we’ll be discussing several topics related to locally led conservation and the NACD, including:

And for more information about the Colorado Association of Conservation Districts, an NACD Member –  http://coloradoacd.org/

Trump: No Hurry to Settle NAFTA

President Donald Trump told Fox News he’s not going to rush into a new North American Free Trade Agreement. He thinks the U.S. can get a better deal by waiting until after the dust settles on the midterm elections in the fall. Agriculture groups fall on the other end of the spectrum, wanting a deal done as quickly as possible, which would help to get rid of tariffs currently in place. The president spoke with Fox News on Sunday, saying he’s focused on trade. “Every country is calling every day, saying ‘let’s make a deal, let’s make a deal,’” says the president. “It’s all going to work out.” Canada and Mexico would also like to get a deal in place much quicker than after the fall U.S. elections. Canadian Prime Minister Justin Trudeau’s office confirms that he spoke on the phone with new Mexican President Lopez Obrador about a “mutually beneficial economic and trading relationship between their two countries.” While President Trump is content to wait, tariffs assessed by all three NAFTA nations are in full effect. Retaliatory tariffs between China and the U.S. are also in place and continue to put a strain on American agriculture.

A trial is underway this week in California as witnesses will begin to testify in the first case alleging that Monsanto’s Roundup weed killer causes cancer. Politico says Lee Johnson, a groundskeeper for a California school district, alleges that years of spraying hundreds of gallons of the product caused him to develop non-Hodgkin’s lymphoma, a form of cancer. Opening statements took place on Monday. This case is a separate one from a class-action suit that involves more than 300 plaintiffs who argue that their exposure to Monsanto’s weed killer caused them to also develop non-Hodgkin’s lymphoma. That case is waiting on a judge’s evidentiary decision that could determine if the case will proceed. The Johnson case is taking place on its own because attorneys feared he would die before the proceedings could begin. While the jury’s decision won’t have any effect on the class-action suit, it will likely be a bellwether for other future proceedings. Monsanto says in court filings that glyphosate has been deemed safe by “every major regulatory agency.” The company notes that cancers “take many years to form,” and says Johnson wasn’t exposed to Roundup long enough to make a connection between the product and his diagnosis.

The review process has taken several months, but the National Chicken Council’s broiler and broiler breeder welfare guidelines have been certified by the Professional Animal Auditor Certification Organization. PAACO is a leading authority on animal welfare auditing that provides high-quality training and certification credentials for auditors and audits. Dr. Ashley Peterson is the NCC Senior Vice President of Scientific and Regulatory Affairs. She says consumers want to be sure that all animals being raised for food are treated with respect and are properly cared for during their lives. “The families and companies involved in raising broilers share the public’s concern,” says Peterson, “and with this certification, consumers and customers can feel confident that when buying and eating chicken, the birds were well-cared for and treated humanely.” While the broiler and broiler breeder guidelines were updated as recently as 2017, this is the first time in history that they’ve been certified by an independent audit certification organization.  Mortality and condemnation rates for America’s broiler flocks are at all-time lows, meaning that they overall flock is incredibly healthy.

The U.S. Department of Agriculture released internal guidance on changes made to farm labor housing eligibility. The Consolidated Appropriations Act of 2018 amended a section of the Housing Act of 1949 to extend the Farm Labor Housing tenant eligibility to agricultural workers legally admitted into the United States and authorized to work in agriculture. Due to this change, domestic laborers legally admitted into the country under an H-2A work visa are now eligible for state-inspected housing. Ag Secretary Sonny Perdue says finding adequate housing for temporary agriculture workers has always been a challenge faced by our producers. “The seasonal workers coming to the United States do tremendous work for American agriculture,” Perdue says. “I’m pleased that USDA programs can now better assist farmers needing to provide housing while they’re here. I thank Congress for addressing this issue in its most recent funding bill and hope to continue the conversation on farm labor for the agriculture industry.”

U.S. beef exports set a new value record in May, while also significantly increasing year-over-year in volume. That’s according to new data released by the USDA and compiled by the U.S. Meat Export Federation. May pork exports were lower, although January-May totals for U.S. pork remained ahead of last year’s pace. Beef export volume was 117,871 metric tons in May, the sixth-largest on record, and valued at a remarkable $722.1 million. That total surpassed the previous monthly high (March 2018) by a healthy four percent and was 24 percent higher than a year ago. Exports accounted for 13.6 percent of total beef production in May, up 13 percent from last year. Following a record performance in April, pork exports were down in May to 217,209 metric tons, two percent lower than last year and reflecting smaller exports of variety meats. Export value was $562.5 million, down 3.5 percent. Japan and South Korea continue to lead the way in U.S. beef export growth. In May, export volume shipped to Japan totaled 30,117 metric tons, 19 percent higher than a year ago and valued at $196.8 million, up 22 percent over last year.

While low milk prices and a trade war continue to make things difficult for America’s dairy farmers, a northeast U.S. cooperative is asking the government to step in and help boost milk prices. Agri-Mark, which represents over 900 members, sent a letter to Ag Secretary Sonny Perdue asking him to implement price floors for butter, cheese, and nonfat dry milk. The cooperative would like to see wholesale prices for butter at $2.30, cheddar cheese at $1.64, and nonfat dry milk at 81 cents. Additionally, the cooperative would like USDA to purchase cheese, butter, and powder to be used in government programs at the requested wholesale prices. Agri-Mark economist Dr. Robert Wellington says, “If you do that and just announce it, the industry will probably bring the price back up itself.” He also believes government action would also cause private consumers to raise their offers. Milk prices are continuing to feel the pain of Chinese and Canadian tariffs. Despite a promise from Secretary Perdue that the administration will protect farmers from tariff pain but there have been no details from USDA on what kind of help is coming and when.